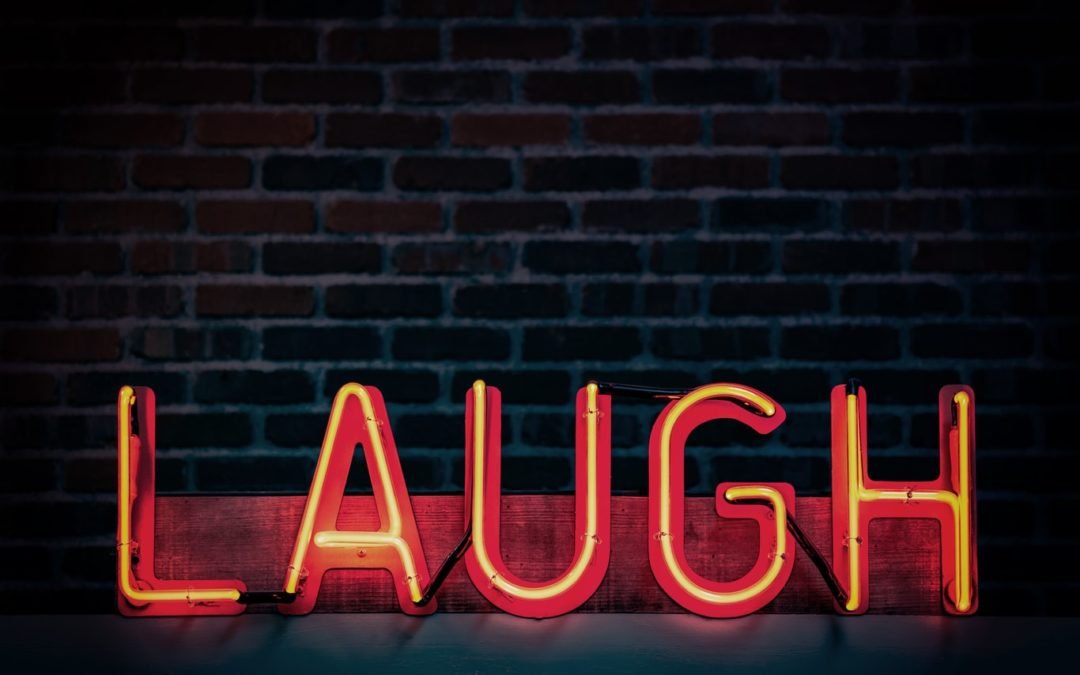 It happens in dorm rooms and school hallways all over the developed world, not to mention in bars, bedrooms, and even on the street.

Imagine the scene: Perhaps the boy is being a bit fresh, or maybe he did absolutely nothing to deserve it. Regardless of the reason, the instant a woman’s foot flies into a pair of dangling balls at speed, any other women in the immediate vicinity will react the same way. Uncontrollable bursts of mirth. The sight of a boy gone from fully composed fellow, to a stumbling, quivering mass of agony in the blink of an eye is enough to elicit a hearty chuckle from women of all walks of life, from young girls to grandmothers. And this isn’t up for debate, it’s as plain as the nose on your face, and anyone who has been on the receiving end of a testicle rocking nutshot can attest to the fact that the women present will be giggling too. Although it’s fair to say that some women might ask “Are you okay?” out of pure pity, the question will invariably be masking a tone of barely concealed amusement.

That being said, the question is, why?

I, Miss BallbustingStacy, will womansplain it to all you men who are wondering, and maybe even some women wondering why we think it’s funny, whereas if someone were to get their eye gouged out, which is perhaps similar on the pain scale, would warrant a horrific reaction. I myself have kicked multiple testicles into the stratosphere without giving it a second thought and, when I was younger I’d frankly just do it to amuse myself, so I consider myself something of an expert on the topic.

1) THE STUPID LOOK ON YOUR FACE

This is an excellent reason to kick a handsy guy straight in the balls. In one instant you can see his face go through every range of emotion from smarmy, cocksure, and haughty to suprised, shocked, in pain, upset, full of doubt and then, well, if it’s a good enough kick, full of dirt as he ends up facedown in the grass.

The questions are just as amusing. Sometimes I’ll get thrown a “Why???” As if I really need a reason! I’m just a ballbuster that’s why. Didn’t ya know? You see boy, not everyone cares as much about your balls or your ability to have children as you, so in future, if you can still get an erection, just be more careful at whom you point it at.

Putting a boy in his proper place, ie at a woman’s feet is funny enough, but while he’s down there you also get a delightful procession of gutteral male utterances. Sometimes starting with the exclamatory, “Oh fuck…” followed by the entirely impotent “You bitch…” and moving on through the gamut of theatrical moans and groans. By the end of the first act I’m usually in tears of laughter. One of my faves is the ever popular, “My balls!” Lol, no shit ‘your balls’, I just introduced them to their old friend ‘your abdomen’. If you’re unlucky, they’ve popped through your inguinal canal and disappeared back into your belly as a pulpy goo requiring surgical intervention to save them. Got any other bright comments Captain Obvious?

I already mentioned the stupid faces, which are involuntary, but then there’s a whole array of fascinating and hilarious reactions the boys go through the moment their family jewels are treated to an solid unfriendly foot blast. First of all their chin shoots up and their mouths open, eyes bulging. This is extremely satisfying by itself if the boy has been saying something like, “Hey babe, why don’t you slip me something sweet….” or something stupid like that. Then their hands shoot straight to hold their jewels, as if this is going to do any good once the damage is already done. By now any self respecting woman will drop a couple solid guffaws, and maybe a cool line like, “Have fun watching your dick die…”

Next, the boy stumbles around, with a look on his face like, “How could you??” while entreating any onlookers for assistance. Usually he will get none, as a) there’s nothing you can do once the pain train leaves the station, and b) why do anything when you can just watch and laugh at the theatrical display?

Then he sinks to his knees, which I might add, if you can trick him into moving his hands away, is a great time to treat him to another solid nutslam (for good measure).  This is partly because there’s no better place for a testicle abuse sufferer than closer to mother earth, and partly because a balltastic jolt to the ol’ babymakers causes the inner ear to become imbalanced, creating waves of dizziness.

For a nice evil girl this is all music to our senses, and it’s such an over the top slapstick reaction to an easy, lightning quick nutflick, is it any wonder that it isn’t funny? The absurd is amusing, the unexpected also tickles the funnybone, and a groin punt always delivers absurdity and unexpected reactions, no matter how many times you do it.

4)  THE IMMEDIATE TRANSFER OF POWER

Here we go from the oppressed and put upon, to the dominant force in an instant. There is also the amusing irony that the very essence of your maleness is also your kill button. Your takedown in our minds was inevitable, but surprises are always tres amusant. What is more surprising than when the student instantly becomes the master in this supreme example of symbolic patriarchy turned on its head? Surprise! Happy Birthday to the ground! And enjoy those bruised nuts 😉

This is my favorite reason, it’s funny because it’s fun. We laugh when we’re having fun. Have you ever gone ziplining? Jet-skiing? Landed a huge fish?  It’s fun, and laughter is a natural result of that. A combination of all the reasons above adds up to a serotonin release in our female brains. This is one of the reasons that a ballbusting woman will usually have done it more than once. It can be addictive, and since society in general, usually doles out very little punishment for this hilarious type of sexual assault (mostly done loosely as a self defense move), there’s little to be lost from doing it as often as the opportunity presents itself. In fact, there’s very much a cultural imperative for women to bust balls. So often we see testicles as the butt of funny jokes in television, film, and other media, even to the point of severe groin kicks being and end in themselves in some of the more popular Youtube “prank” videos. A huge kick in the dick. That’s the joke! And it is and probably always will be funny, so those videos get views from both men and women.

And there you have it, in my opinion, five reasons why women laugh when boys get kicked in the balls.