How BallbustingStacy Cured A Ballbusting Enthusiast (By Busting Him Too Hard) 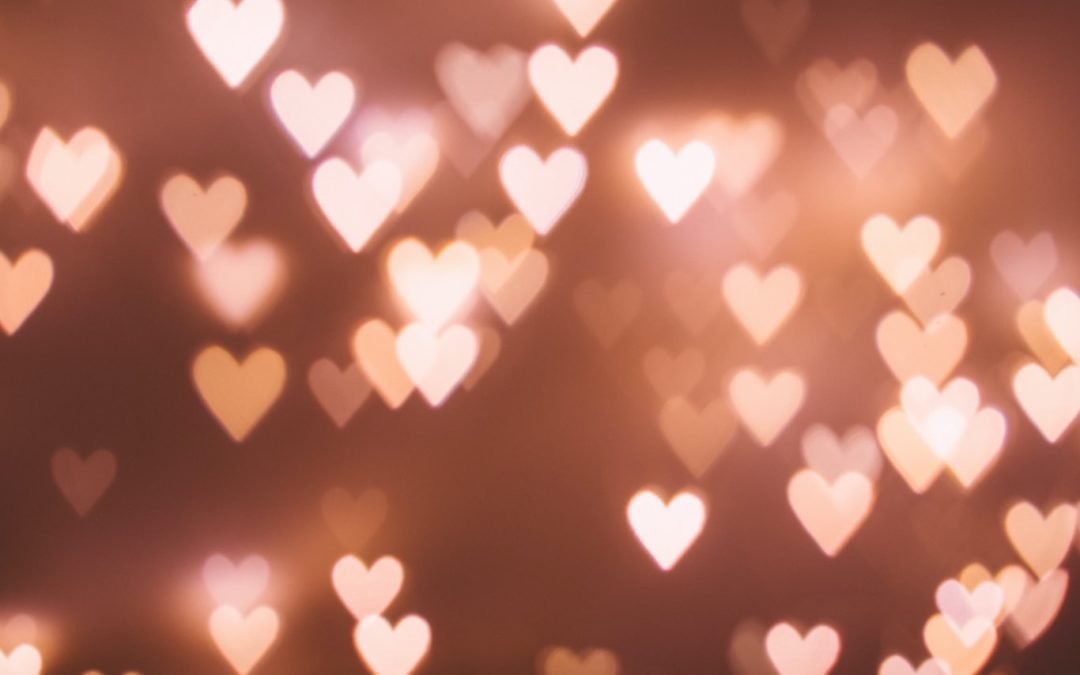 Most of the boys I date don’t start out as ballbusting enthusiasts. They’re just normal guys, not ball-abuse perverts like my readers, (and me).

It’s through the judicious use of Pavlovian conditioning, that if a boy dates me long enough, he starts to equate ball pain with wilder and wilder sex. I’ll be damned if I don’t get turned on by a bit of smashy smashy ball-bashy. Seeing a strong, sexy guy rolling around on the floor in purest nut agony makes me bite my lower lip, my hand will creep down and start caressing my erogenous zones. As the fool is still rocking back and forth in the fetal position, cradling his freshly damaged sexual organs I’ll usually have to find a place to masturbate; the car; an empty classroom; the women’s toilet, wherever. There’s nothing quite so titillating as an orgasm while thinking about how insanely hard I just compressed a guys lil’ precious orbs, using a well placed hammer-fist that turns his world upside down and ruining his day/week/life as my panties get instantly wet. It sounds just a smidge cruel maybe, but the ends justifies the means, and the end is me cumming all over the place. The mean is some boy spasming and coughing while his testicles float breathlessly around in his body, pinballing off of his stomach, causing acute nausea, dizziness, and more!

But, you understand, it doesn’t have to start out so hard, you have to work your way up to that, and always follow up with the most unbridled sex you can possibly imagine. If he’s been a really good boy and taken a super hard scrotum-beating, then you must give him what he desires. Luckily for me I always desire it too. As perverted as men think they are, I always seem to do one better. Stimulus-Reward, Stimulus-Reward. Do it long enough and you can train a boy to take anything, eventually even a quick and painful slap in the family jewels will be enough to make him rise to the occasion, penisly.

However, this blog post isn’t about most boys I’ve dated and turned into ball-freaks. It’s about the one who I “cured” of his perversion by taking things ‘too far’.

But one day he told me he wanted to know what it was like to really be kicked 100%. I told him he didn’t want that, that’s just fantasy stuff. “No, I really want it, kick my balls as hard as you can,” he replied. I tried a little bit to change his mind just because I liked him, but to be honest, if he wanted his nuts truly caved in, then I was kinda into it. Besides, it’s not like I wanted to have his kids or anything. I liked him, but we were just dating. I figured if he lost his balls from a deadly kick I could always just dump him and he’d learn his lesson. It didn’t take much convincing on his part. “Alright,” I said, “say goodbye to your balls then”.

This just made his huge dick hard. The good thing about kicking a boy with a full on boner is that his dick won’t get in the way, sometimes a big dick will offer a bit of protection to the balls. We don’t want that ever. No protection!

I had him stand there and spread his legs nice and wide. He had a huge grin on his face, which I knew was going to be replaced very soon by a grimace, and probably tears, so I was laughing the whole time.

“Close your eyes,” I said. “But I want to see!” He whined. I said okay fine, he could keep his eyes open this time if he promised to close them next time. “I promise.” He said, smugly. He stood there, big dick pointing up like a flagpole, balls dangling there, stupid grin on his face, and me, trying my hardest to stop laughing to compose myself.

I gave him the hardest kick I’d ever given him straight up into his nutsac, compressing them perfectly between my slender foot and his pubic bone.  Down he went and started the whole drama, rolling around, clutching his balls, eyes tearing up, moaning, retching, etc, etc.  “Get up!” I said through tears of laughter, “that was just a practice kick! Get upppp…”

I pulled his hands away from his balls. They were both very red and looked like they were starting to swell just the right amount. Normally I would have stopped at this point, but I had the ballbusting bug now, and here was a semi-willing victim. I already knew what happened when I kicked 100%. I’d done it plenty of times growing up, from adolescence through my teenage years, if any boy even slightly annoyed me I’d always kick their nutmush as hard as I could, standard practice. Over the years this caused the list of boys who annoyed me to grow predictably scarce. By the time I was 19 I had to make my own ball-fun. At any rate the results were never pretty. I’d seen boys piss themselves, throw up, pass out, even shit themselves as I stood there laughing at them. I think maybe I’d seen it all. But no one had ever wanted to be kicked 100% like this new boy here. You can’t really blame me for being really curious. What would happen to this nice young chap who ‘enjoyed’ ballbusting when he got his groin meat sent prematurely to the afterlife? Wouldn’t you be curious?

After some cajoling and a few sensual hand tugs I convinced him to get back into position and this time close his eyes. He kept groaning, “Ohhhh…”  so I told him, “Put your hands behind your back”. His balls looked even more swollen now, dick still going strong. I wonder what was going through his head. Probably, maybe this was a bad idea…

I lined my kick up from across the room, doing a couple running starts to make sure. About two and a half steps away…  and then I ran like a striker taking a free kick, STEP STEP KICK!  My foot arced straight up into his dangling gonads with all the force I could muster. I really outdid myself, but it was a perfect kick, my instep slamming home and sending his testes rocketing into his bony pelvis. He came entirely off his feet, up into the air, then straight down like a pile of builder’s rubble. Slam, onto the ground.

He screamed a high pitched terrified sound. And then wouldn’t you know it, he vomited all over my wooden floor. Goddamn it. That was a bit of a turn off, sexually, but it was still pretty funny. I fell on the bed laughing and pointing at him. He just kept puking. My god, where did it all come from? We hadn’t even had lunch.

“You’re cleaning that up buddy,” I said through peals of laughter, but I went and got some paper towels. When I got back he was still on the floor, in even more pain. I threw the paper towels on the nut-puke, to be helpful, because I’m nice . He had his hands buried deep in his crotch, but after about five minutes I could see his balls had started swelling so much he couldn’t even hold them all with two hands. He jerked back and forth as if trying to will out of his body the pain that possessed him. But seemingly to no avail.

“Oh come on, it can’t hurt that bad” I said and gave him a kiss on the cheek. I checked his dick and it had gotten all tiny. Boo!

His scrotum was a huge fresh bruise, with one enormous swollen testicle. I knew where the other one was. I’d kicked boys nuts up inside them before. It simply had to be hiding out like a plump ninja up above his dick in its old home up the inguinal canal. I was surprised he couldn’t find it. I poked around and discovered it. It felt very swollen too.

“Found it!” I said and then punched it. It worked!

“Auuuuugh!!! WHAT THE FUCK!” He screamed as his ball plunked down back into place.
“Uhhh, you’re welcome!” I said laughing again. I amuse myself to no end.

He moaned piteously for the next half an hour. I tried talking to him, but all he could do was make pain noises and wheeze. I got bored and went and watched TV. I watched a whole episode of Antiques Roadshow, then went back in to check on the boy. He was still in exactly the same spot. And the puke was making the room smell. I decided to clean it up as he lay there.

“When are we going to have sex?” I asked. I looked at his once proud erection, and it had shrunk and hidden away like some tiny nocturnal rodent. We didn’t have sex again for ages. And when we did, he didn’t want to do ballbusting any more!

In fact, the whole rest of the time I knew him he never wanted to do it. “Did I do that?” I asked him. He nodded.  Oopsie!

Since then I’ve given it some thought. How exactly did that happen? Plenty of other boys get their balls busted and haven’t been deprogrammed like that. I have a theory. It’s not rocket science. Basically, since the episode was so traumatic, so unpleasant, and since he had such an over-the-top adverse reaction, it acted as a mental negative reinforcement. The memory of the ball trauma caused his dick to shrivel up and disappear whenever he thought of it. It was so unforgettably painful that he developed anxiety whenever I’d bring it up. Which was kind of funny. So of course I’d bring it up regularly. He developed a kind of hyper-vigilance, always worried he was going to get dickslammed by my Doc Martens, which is a valid fear to be honest. He’d get all angry, tense up, and even feel sick thinking about it… I honestly think that one epic kick in the goolies gave him PTSD.

Soon after that incident, I dumped him.