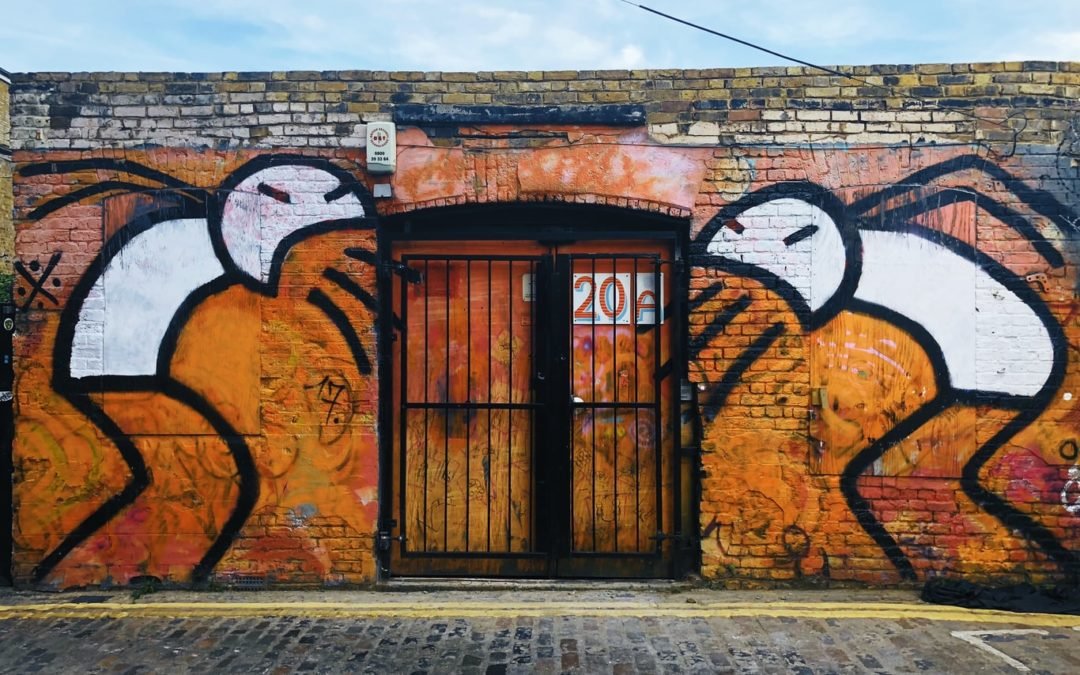 When I first made a boy puke from a full force kick in the balls it was just after lunch and the kid was being annoying. His name was Christopher and he had started to moan at me because I had left my backpack in the hallway and we weren’t supposed to leave things in the hallway basically. To be fair, it was a bit in the way.

I started yelling back at him, saying that there wasn’t anywhere else I could put it right now and that I had class in 2 minutes anyway! I realised that he wasn’t actually listening to me and instead he was quite clearly full-on staring at my breasts wobbling around in my school uniform while I was gesticulating at him. This was a bit of a problem back then because I wasn’t wearing the correct bra at the time, plus I had one of the larger, more noticeable bosoms for my age group. It was pretty embarrassing for me and it really annoyed me when I caught a boy staring at me there, because I was a little self conscious.

I slowly followed his gaze down to my own chest and then looked up at his face and said, “What? Are these distracting you Chris?” while I smooshed them together with my hands. He became very quiet and just stared with his mouth open. I looked down at his trousers and could see he had developed a visible, smallish, erection.

“Oh my god! Gross!” I said and kicked it as hard as I could. “You little pervert!” I got his balls dead centre and laughed.

Predictably he went straight down, but much to my surprise, he puked all over the shiny parquet floor. Blergh! This was freaking me out. I quickly picked up my stupid backpack so it wouldn’t get the slowly spreading stream of vomit all over it. He just kept puking and puking. First one thick stream, then he took a deep breath, then another smaller stream. At least the pedantic tosspot had finally shut the fuck up about my backpack. I said something along the lines of “Holy shit, this is gross!”

At the time, I was astounded by his nut-slam-reaction, but looking back I realise that the boy had ticked at least two of the three boxes which ensure that you’ll puke from a massive sudden testicle trauma. (It was lunchtime, and he’d probably never been kicked before).

This seems like an obvious one, but if you really want a chunky chunder it’s best to make sure your timing is just right. Poor old Christopher back in the day had just eaten his lunch! AND the ballboi I knee’d good and proper in my video “A Date With My Knee” had apparently just come from Subway and (spoiler alert) his nearly fresh Italian sub went all over the carpet.

Having just eaten also means that there’s gonna be more puke matter available to be spewed. If you’re gonna go, go big! While watching a boy puke up bile is pretty fun, it’s definitely funnier if he gets a tiny bit of spicy pepperoni stuck in his lacrimal tear duct… 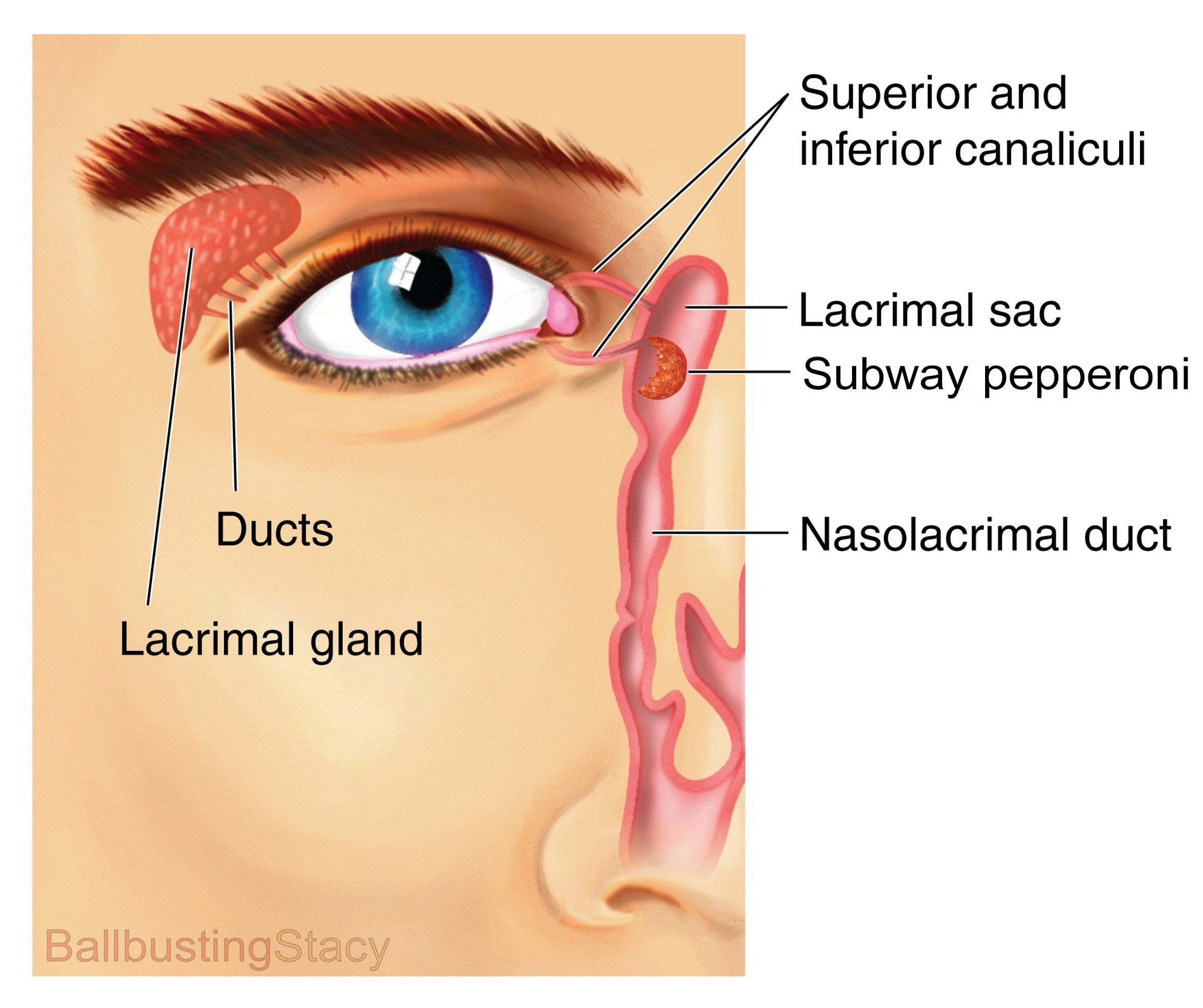 “How did you get salami inside your eye?”

“She kicked me in the balls Doctor!”

2) Get a ballbusting newbie!

Christopher was a newbie, the douche in my knee vid was a newbie, and in fact, nearly all the boys who have gotten their junk turned inside out – resulting in explosive vomiting – have been, you guessed it, newbies!

It must be nice getting kicked in the balls so hard you totally lose control of your stomach contents.

Wait, did I say “nice”? I meant absolutely fucking terrible, traumatic, stressful, and humiliating. Plus don’t forget disgusting. No question about it, puking is totally gross and unsexy. I hope you weren’t expecting to feel sexually turned on any time soon, because as your erection dwindles to nothing and gets sucked back into wherever it came from, like poor young Christopher I bet, sex will be the last thing on your mind.

If experience is anything to go by, the only thing you can do is try your best to keep the knees of your jeans from getting soaked in stomach acid and half digested mayonnaise while I tower over you laughing. Oooh and don’t forget the pain, although you can’t make much noise as hot food-like liquid is engulfing your vocal cords, you’d definitely be screaming if you could. Just like the guy in my ball punching vids, for example or even in “Squeeze Me” (the guy screams bloody murder as his testicle gets slowly ruptured and permanently ruined).

I like to think of what happens in slow motion as my heavy booted foot smashes into the testicles at close to 65 mph, suddenly trapping them between my shoe and the hard pelvic bone. A kick is really a vise-like crush that takes place all in a couple of milliseconds. The balls get crushed to near their absolute breaking point, causing the pressure inside the testes to skyrocket. All the meat inside them tries to re-orient itself to save its vital sperm producing strands, but to no avail. It has nowhere to go, and it all gets crushed and fucked up. If you’re lucky it’s all over as quickly as it started and they start to spring back into shape as the foot bounces directly off your cushiony balls. Now this is when the pain starts its journey up the spine. Desperate nerve endings are firing all over the place,  your primeval core has been attacked and it’s freaking your mind and body out. Warnings are firing like a pinball machine on TILT! Shut everything down! Blood pressure skyrockets! The vagus nerve sends confused signals to your inner ear, your heart, even your bowels, (you idiot). Your stomach contracts, nausea bolts up and down your body, your mouth fills with saliva in sudden preparation of the inevitable and before you know it, you’re up to your elbows in puke as you try not to pass out. And the pièce de résistance: puke shoots out of your nose! Ta daaaa! Gross, but it always makes me laugh.

3) Get him in a vulnerable state.

This one is a bit tricky to orchestrate but it’s the icing on the cake. Really, it helps if the boy is already a bit motion sick, or car sick.

A good example of this was when I went to a fair in the US one time, when I was younger. I’d never been to a real carny-type fair before, but I went with a friend of the family, Lucas. We were the same age, and we both liked each-other – we had good chemistry and banter. We’d just got done eating a huge fairground chilli hotdog, a novelty that I’d never experienced before. It was a huge thick monster covered in jalapenos, onions, mustard, nacho cheese, chilli, the whole nine yards. Anyway I couldn’t finish mine, not even close, so I gave Lucas the remaining half. Now I love love love rollercoasters, and he said there was this wicked ride called The Zipper. We both practically ran to it and waited in line together excitedly. The thing looked exactly like the gif here, except it was night-time.

In a nutshell, up we went, around and around for nearly 5 minutes. It was awesome! Fantastic! Wonderful! I was so excited, I was kind of turned on.  Lucas’s screams sounded more scared than anything. When we came to a rest at the bottom he wobbled out after me, looking a bit worse for wear. “Your face is a bit green, are you okay?” I asked.

“I feel a bit queasy…” He replied, shakily.

“Oh really… I think I know something that’ll make you feel better… Close your eyes” I said. Well, you know, me being me, with a laugh I gave him a friendly girly kick straight up into his big unsuspecting American dick and balls “Does that help?” I shouted, all concern. Actually it depends on how you look at it helping or not, because he soon fell down and puked up a whole one and a half spicy chilli dogs all over the fairground mulch.

I cracked up with laughter, OMG! “Ewww that’s gross Lucas!” I said, “I think maybe you’re allergic to Chilli dogs… or rollercoasters?”

The carny operating the Zipper was a woman in her 20’s, she was watching and laughing too, but said to me “Damn girl, that was fuckin’ harsh!”

Lucas was now rolling around on the ground near his puke puddle.  “Was it too mean?” I asked innocently.

“Nah, it was funny as fuck!” the carny said from afar and then ran towards me to give me a jolly high-five.

Now when it comes to puke-kicking, Lucas hit the trifecta. To be honest, at the time I kinda knew getting kicked in the balls while you’re queasy probably wasn’t a good idea, but I didn’t think he’d really puke, I guess I thought wrong. Oh well, live and learn 🙂

I pretended to be really sorry to Lucas, even though I just kept laughing. I told him I was just joking around, and in England everyone does it, it’s just a game we do to the boys when we like them. That cheered him up a bit.

Anyway, back to the topic at hand, although it might be a bit tricky to set up, you now have all the info you need to get the job done, and with any luck you’ll be getting chili con carne barf to shoot out of a male nose too, just like BallbustingStacy!