Kneed in the Nuts So Bad, He Left Town 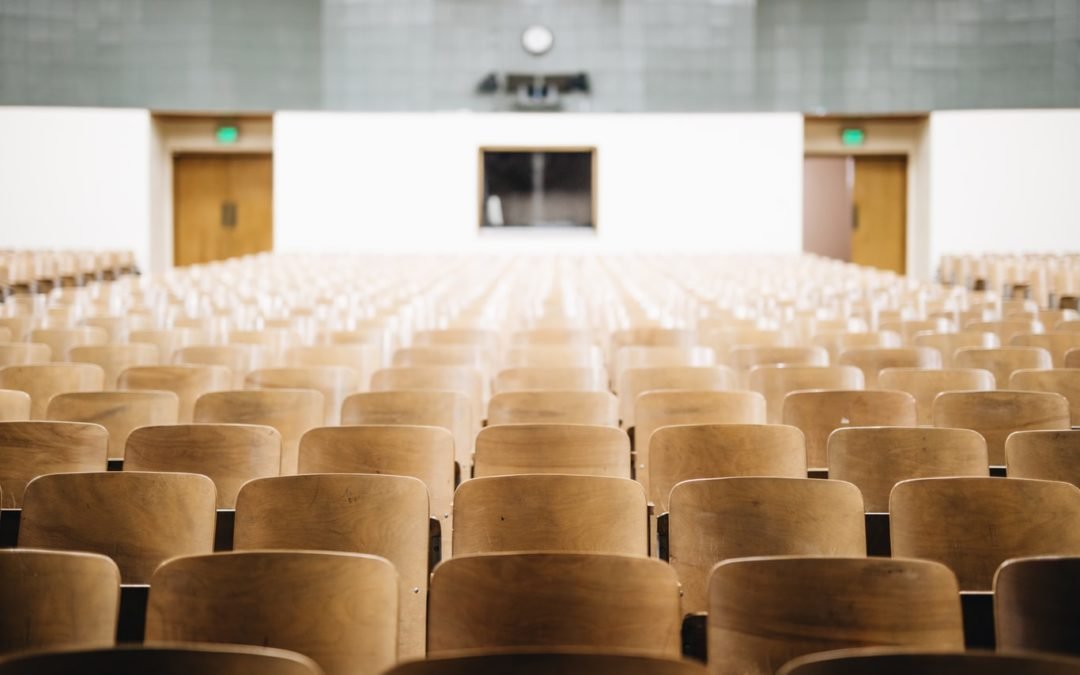 Someone on Twitter asked me what the most wicked ball abuse I ever took part in was, and I had to stop and think. There have been a lot, too many to count, but I think my most notorious was one that cemented my status as the evilest queen ballbuster at my school. The knee that made that one kid have to move and never come back. It turned into one of those urban legends you hear about, some kid will say, “I knew this guy who told me about this kid who got kneed so hard that he had to leave town…”. Only, in this instance, it wasn’t someone’s uncle’s friend’s neighbour or some kid this other kid knew. It was me (BallbustingStacy) who did the kneeing.

Whenever I’ve heard this story mentioned, I usually chuckle and take care to mention, “That was me! I was the knee-er!”. I remember it was a day like most other days at school, except it was a Friday and we had a gathering in the main school hall. The nuns said we were to go there instead of our final period because we had an important guest speaker, some university professor who was friends with the headmaster was going to give a talk about Morality and Ethics. I was always interested in my education, even from a young age I liked to learn, but to be honest this sounded a bit boring.

I have mentioned in some of my earlier blogs and in my audio story that my school was a singularly fecund breeding ground for vicious young ballbusters. My theory is, because it was a religious school and all our teachers were sexually repressed nuns, they were filled with embarrassment and acute shame whenever one of the males got his balls kicked straight up into his throat. Instead of disciplining any of us, they oftentimes totally ignored the boy as he rolled around on the floor clutching his now useless gonads. In fact, many times the boy would get in trouble. This wasn’t lost on the young girls who attended. It was rather, used to their advantage at every conceivable opportunity, from getting a nice seat at lunch, to scoring a goal in PE.  If a girl and a boy grabbed a library book at the same time, that boy had better instantly drop it or he was getting a girl’s clunky school shoe inserted so far into his crotch that he’d need an oil drill to get it out again. Literally, every girl did it, to the extent that if you didn’t do it, you were ostracised and unpopular, named and shamed as just another cog in the Patriarchy. We were all very precocious. It was like this when I arrived at the school, and it was like this when I left. Suffice to say, there was a systemic ball-kicking problem at my school, I say “problem,” but really it wasn’t a problem for the girls, for me, or really, if you think about it, the boys. For although they were absolutely terrified and ball-assaulted every single day, with ball-casualties adding up faster than a pinball score with multi-balls and a 4x multiplier, I’m sure in the end it helped them build character and resistance of a sort (maybe).  They were also ever so respectful to ladies when they left school.

On this particular Friday, I had been very nice and I hadn’t destroyed any balls at all. Not even one. It was the end of the day and I walked with my girlfriends into the school hall. It was nearly full and the only place to sit was right up at the front, which was lame when you’re a teenager trying to be cool. We walked down anyway and everyone was sort of still milling around at the front, though most of the students behind us were seated already. One of the teachers walked out in front of us and people started to be a bit quieter and all eyes were forward, though not everyone had sat down yet.

There was a boy named David Jones in the same year as me, who was rude and short and had mousy brown hair. We walked up to him and I basically paid him no mind. He was there with some of his mates and I absently heard them tittering about something, as you do. The teacher in front of us stopped and raised his hands, we at the front were all still standing sort of looking for seats still, but at that moment I felt my bra strap get pulled way back so I nearly lost my balance, and then SNAP back into my back!

I saw red but I turned around acting nice and cool and said, “Was that really worth it?”
David said, “Worth what?”
“Worth this” I said.

And with that, I unbuttoned the third button of my crisp white school shirt and took a half step towards him.  David had not expected this at all. He could see my boobs!

A bit flummoxed he turned his head and looked at his friend next to him. He was smiling and frowning at the same time, perhaps looking for some sort of information from his mate. But he was looking away, which was great!

“David!” I said, as I put my hands on his shoulders and slammed my furious leg up into his bollocks as hard as I ever had with anyone. My leg connected perfectly, slightly above my knee bone. The force of my impact drove his balls up into his pelvis and crushed them to nothing, just how I liked it to be done. I was so furious with him, that the force continued upwards and lifted him off of his little feet into the air a little bit. He sailed up but was stopped by my helpful hands on his shoulders, which I used to gently dump him to the floor in front of me. Again, just how I liked it. I was filled with the familiar physical rush of power and vague pre-sexual satisfaction.

I had kneed and kicked and punched and squeezed a lot of boys by the time I had gotten to David, but my pure adolescent rage had sent his unsuspecting, but deserving, testicles to a plane of pain so arcane little David lost himself in it. His own private nightmare dimension.

The voice of a girl named Sandy cut through the laughter as she pointed at David with a mixture of disgust and mirth, “Guys what’s that smell? No… did David shit himself!?”

Everyone at the school heard it, it cut through all the teenage chatter like a hot knife through butter. Everyone looked at each other with their mouths open and exploded with laughter (and other noises of disgust). Some people were dramatically covering their faces from the smell and some were pushing forward to see everything with their own eyes!

I felt rather proud of myself, but also pretty grossed out. I hadn’t known that that was a possible outcome of testicular violence, and I thought, well that’s awesome, like discovering a new superpower! But I figured I’d better say something ice-cold before things got too rowdy.

I leaned down near, but not too near to where David was on the floor in his fresh shitpants and said, “Oh my God David, you totally did shit yourself! That is so disgusting! I can’t believe you just walk around with shit inside you like that. Next time go to the bathroom before you get a ball-neutering. Tsk!”

As far as ice-cold catchphrases go, it wasn’t great. Not bad. Topical. A bit medically naive… I give it a 6/10 in retrospect. But in the moment you know, you gotta say something.

Poor David was starting to smell. It was actually disgusting, especially in a full room with no open windows. That wasn’t just a clever thing to say, it was a fact. And since most of the people around him were dramatic teenagers, everyone started screaming and running out of the hall, away from him. After about 15 seconds, he was still kneeling on the floor. He was starting to cry. I moved a bit further away with my mates, and watched him, bemused. He had gotten himself in quite a mess. He jammed his hands into his pants, and then pulled them out. At first, I thought they were covered in blood. But it wasn’t red. It was brown. He looked at his hands, confused, I don’t think he’d really believed it until then. Then the smell hit him full in the face and he puked, maybe from the horrible smell, maybe from his nuts getting reduced to scrambled eggs. What is it with boys and their balls? Just puke-shitting all over the place? Get some self-respect, Jesus.

The screaming really started in earnest after seeing him do all that, and the auditorium cleared out. Me and three other girls waited behind and watched the little guy just laying there in his own mess, cradling his agonising man orbs. Let this be a lesson to you ballbois. It turns out that, sometimes, when a friendly lady gives you a full frontal nut-smush, your bowels involuntarily clench as your vagus nerve fires all over your body, sending you into uncontrollable spasms of pain and muscular contractions, causing you to involuntarily shed possibly every bodily fluid: tears; dribbles of cum; piss; sweat; everything. Let’s be real, you’d better be poop-free at that point or you might get a nasty surprise. It’s sorta funny at a bar or something, or in this case, at school. But it’s the sort of thing that’s so colossally humiliating that it’s basically life-altering. So just be warned, be prepared. We now know that David, for one, was not prepared to snap my bra strap.

We walked away after about 30 seconds, and little did I know that that would be the last time we ever saw David. I heard he got in some trouble for disrupting the Professor’s talk, but I certainly didn’t get in any trouble, which was nice for me, and it set a good example to all the other girls who might not have full-on ball-blasted some bra-snapper in the future.

David Jones didn’t come back to school on Monday. Or Tuesday, or that week, or ever again. In fact, and this is 100% true, no one from my school ever saw David Jones again. His friend Alex who lived down the road from him said his family moved away a few weeks later. Was that a coincidence? Did I knee someone into a different part of the country?

Really my question to David had been rhetorical. It definitely wasn’t worth it. But we all learned some wonderful lessons that day, about how the male body works under various pain stressors, what not to do to a young lady’s clothing and the upper limits of what the school was willing to ignore. Too bad we didn’t learn anything about Morality and Ethics though. It sounded a bit boring anyway.