I Learned Something New About Balls! 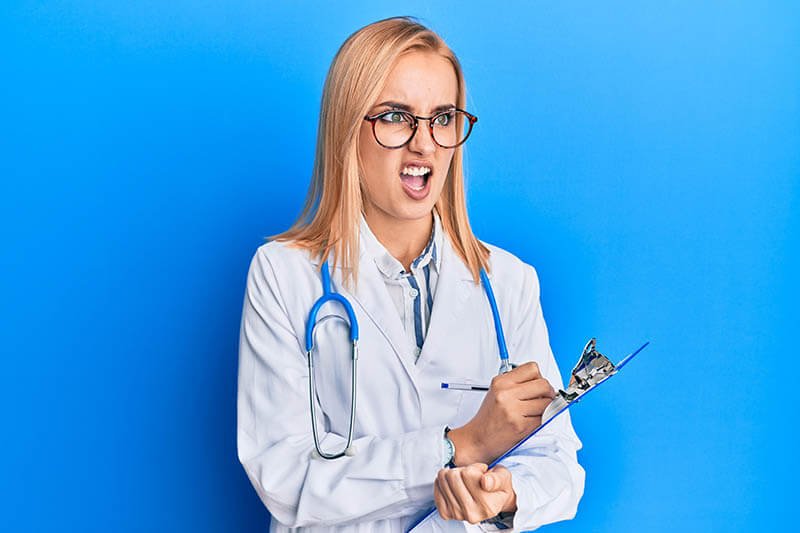 I’m really excited because today I learned something new about balls! Can you believe it? Scientist Stacy has done it again…

First of all, I confess, I am fascinated with the destruction of living testicles. This fascination makes me a very mean fuckbuddy because I like nothing more than being extremely sadistic and cruel to my fuckboi’s cock and balls. Although to be honest, mostly his balls, but the cock sometimes gets in the way as I’m slamming my foot into his nutsac as he’s on all fours.

The thing is, I just don’t care about your ball pain, in fact I like it. It turns me on to see a ballboi, who came to me thinking ballbusting was a “really good idea”, suddenly reduced to a heap on the floor as I tower over him laughing my ass off. You know that laughing that just bubbles up naturally from deep in your diaphragm and brings tears of mirth to your eyes? That’s what ballbusting is like for me, but… it’s also sexy!

In the beginning there was young, slightly-sociopathic Stacy, sending poor unwitting boys who pissed me off in school straight to the school nurse, and sometimes worse. I was a very mean bully, though I never got into even the tiniest bit of trouble from the teachers. Then, as I grew older I was less of a ball-bully and more of a ball-flirt. This was generally more acceptable as a cheeky teenager. Flirting with lads, leading them on then smashing their balls, sometimes pretending like it was an accident, but mayyybe we could kiss or something and I could make it better. You know, that sort of thing.

But not today boys!

Let me tell you what happened:

I was on my OnlyFans chatting with a wonderful fan who does whatever I ask of him. (I talk pretty regularly to my fans on there, provide them with tasks, answer questions etc). So I was giving this fan task after task, each one more painful than the last, slamming his worthless junk in a toilet seat, crushing them with various things, etc. Then I had a fun idea! Let’s freeze his balls. I mean really put them in a deep freeze and see how much they can take. An interesting experiment for Miss Scientist Stacy.

So we got a bag of frozen peas and wrapped his family jewels in them. As the minutes ticked by and his balls went from uncomfortable, to really uncomfortable, to in quite a lot of pain. As he powered through it like a champ, he broke through the clouds, and suddenly saw sunshine. His testes became completely numb! Off he trotted dutifully to his water closet. He knelt down next to his toilet…

Can I just stop right here and say, you boys should really try this. If you’re reading this blog and you’re wondering what a really good kick in the fucking knackers from someone like me feels like, just do this at home and not only will your curiosity be satisfied, after you recover you’ll be wanking that rock hard boner into an absolute froth [you fucking pervert]. But anyway, I digress…

So he knelt down next to his toilet with his completely numb balls, and placed them on the rim of the toilet bowl, and dropped his heavy wooden lid down on them. It made a muted Thunk as it instantly compressed his meaty orbs to less than half their normal size. They bulged at either end and the delicate tubules flexed and rendered at a microscopic level, to scar and possibly forever close off some tiny baby-making passages in his little labyrinthine sex organs. But we soon discovered, they didn’t hurt at all! Oh no!

He told me he thought, “Hmm, that’s weird, maybe I missed.” So he tried again, this time he put them extra carefully on the rim of the bowl, making sure that they were in the right place. He let the heavy lid drop, picking up speed from gravity as it slammed home directly into the same part of his nuts. If they weren’t frozen he’d be absolutely insensate with pain. But again, nothing. No nausea, no pain, nothing. Things were getting spooky! Again and again he tried, the poor bugger!

On the sixth and final time as he started to feel sensation creeping back into his British meatballs, so he knelt down and put his goolies in the right spot again. No way was he going to miss this time. As an added bonus instead of letting gravity do all the work, he reached up and really gave it a good solid SLAM! 😂

The balls stopped it from making too loud a noise, as all the kinetic energy focused directly on his stupid cumbags. It hurt a bit this time, but not too much. He got up and walked away a bit perplexed, a bit disappointed. But in the next few minutes, something started to happen.

As his ball-numbness faded, it was replaced by a throbbing ache. The ache grew and grew until it was debilitating and all he could do was lie down and curl up into a ball. He hadn’t realised how much damage he was doing to his ridiculous balls until it was all too late. Now he was stuck riding out the horrendous, paralysing ball ache for the whole rest of the day! It was the worst after-pain he’d ever experienced. Though he missed the shock of the initial impact, since his body didn’t react with a standard male alarm warning, he had dug himself deeper and deeper into the all day pain pit.

Agony raced up and down both sides of his body. Somehow his entire being was now full of misery! The poor lad! I suppose the nearest thing to it would be to be unwillingly punched in the balls while you’re fast asleep (which, by the way, is another video exclusively on my Onlyfans page).  Other than that, there’s nothing quite like it, so I’m told.

Anyway, I think it’s amazing that we now have an all new way of torturing balls easily. You could even prank someone into doing it if you wanted to. I could really bruise a testicle this way and you’d never even know it until several minutes later. That’s pretty cool!

I should be getting my PhD in nut torture. I’m pushing the boundaries of knowledge here 😉

Did you slam your nuts in the toilet boys? Go onnnn, if you’ve never done it. Go do it. And when you’re on the floor asking yourself, “What’s wrong with me? Why do I do this to myself? Don’t worry! The answer is, “Miss BallbustingStacy told me to”, and that makes it perfectly reasonable.