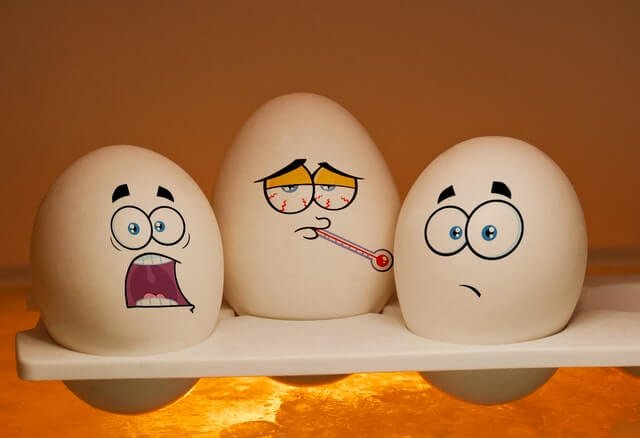 I’ve kicked so many boys in the balls over the years, too many to count really. It started when I was in school and then continued into adulthood. I now have a “ballbusting lifestyle” and find myself surrounded by willing testicle volunteers. Huzzah!

I’ve seen nearly every possible reaction when boy’s nuts get smashed into the next dimension. However not all the different reactions have or can be filmed, unfortunately.

Here I’ll go into some of my favourites.

Kicking testicles has some risks, as you’re attacking a major organ, filled with nerve endings that travel all over the body. So if you’ve never had your goolies smashed as hard as possible, you might be in for a surprise, namely, puking everywhere. I’ve seen this happen quite frequently, especially with boys who are new to the fabulous sensation of severe testicle torture.

What I’ve found during my ballbusting research is, the first thing that hits you is the mind bending pain, obviously. But then surprisingly as the pounding ache settles deeply into your gut in a matter of seconds, you then experience severe nausea. If you’re the sort of person who can’t handle severe nausea, your next move is going to be vomiting everywhere.

Unlike regular nausea, testicle nausea doesn’t immediately go away after you’ve vomited, instead it stays nestled in your guts, where you might just start dry heaving. It’s extremely unpleasant and you might end end up rolling around in your own puke, while trying to find a position that relieves the pain in your groin.

While all of that is happening you’ll probably start to hear a loud laughing sound very close by; yep that’s me laughing at you.

(Also, you should be sure to check your testicles for major damage if you puke, since vomiting can be an indicator of severe testicle trauma, ie testicle fracture or a rupture).

Another funny yet natural reaction that’s reserved for just you boys, is testicle-smashing–induced unconsciousness. I’m not sure what sort of evolutionary purpose this reaction serves, perhaps it just makes it easier for lions to eat you if they whack your balls first. Which seems nice for the lions.

When a girl slams her foot deeply into your groin, it suddenly floods your body with endorphins, which causes a sudden drop in oxygen levels. Kick hard enough and bam, it’s lights out for you boy! Try not to hit your head on the way down.

Once you awake after a few moments you’ll find your balls are in more pain than they’ve ever been. Then it’s just business as usual, the sweating, the fetal position, the involuntary crying caused by the activation of the cervical sympathetic ganglia. Wow, you boys sure are weirdly designed.

One time I pranked a boy by kicking him in his balls at my school. He was being very aggressive and at the time ball kicking was my go-to reaction. He ended up shitting himself in front of the whole school auditorium. That was an unusual day and he was the talk of the school for many months! I think he even switched schools because of it, so I basically kicked his balls out of town!

Imagine the deep embarrassment and ridicule he had to endure for that humiliating display, not to mention the totally strange painful sensation that assaulted his body while the whole school laughed at him. Everyone from his worst enemy to his secret crush saw him make an utter clown of himself. He’ll never come back from that, to this day Sam always will be, the boy who shit himself in the auditorium. Cringe. Just another thing for you boys to watch out for now, isn’t that just the last thing you need? Up until then I’d always thought pranking a boy in his balls was just a tad sexy. But that? Not sexy.

Another peculiar side effect of getting punted in the balls, is wild fluctuations in body temperature. I know, weird right? Suddenly your body can break out in sweats, redness, you boys can go all hot, or even all cold. Suddenly you get the boy complaining about being too hot or freezing cold, as well as having swollen achey balls. Silly whiny ballbois! You’ll be back to a normal body temperature in about 15 minutes. However the pain in your testes can linger, on and on…

Speaking of lingering pain, that’s another great side effect of ballbusting. You can potentially end up with agonising pain for hours. The hours can stretch into days, and in some cases you’ll be feeling your testicles spasm with bowel churning nut ache randomly, even weeks and weeks later after just one nut-bashing experience. Isn’t that great!?

Obviously screaming, crying, ending up on the floor in the fetal position, rocking back and forth, becoming so dizzy you’re physically unable to stand. These are all massive benefits (for women) when it comes to kicking you in the balls.

But what always struck me as bizarre is, why are men so dramatic? Just a tiny flick of the wrist can turn you into quivering mound of jelly in an instant. It’s just so extra, sometimes I almost feel sorry for you boys. You think the sensations would’ve evolved or been reduced over time perhaps…

As a result, all women learn early on that if a boy is ever bothering you, just smash his balls super hard and that’ll be the end of all your troubles. It makes me laugh, but it should probably make you just a tiny bit frustrated that the universe played this enormous joke on you by putting your nut organs on the outside. Plenty of mammals have them inside. Lucky for them. Unlucky for you. Maybe you should have been born a dolphin 🐬

Let me know in the comments what side effects you get from ballbusting, the good or the bad!