All About Full-Weight Ball Standing 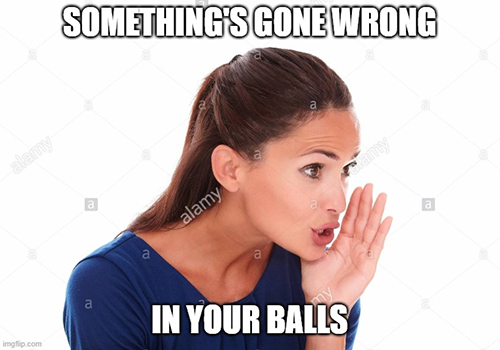 I recently made and released a video that features full weight ball-standing. It’s a video I’ve wanted to make for a long time and it is requested an awful lot by you ballbusting bois! It’s a big fantasy for you boys, that just about any girl can step on your balls, either on purpose, or by mistake, and you would be at her utter mercy.

It’s so easy for us girls to totally dominate you, pin you to the ground, regardless of your size and strength. We can just loom over you and effortlessly step with all our weight onto your balls, causing you a huge amount of pain, while you’re stuck there, immobilised under our foot or shoe. Whoops!

Will your balls be crushed under our weight? Will they end up ruined or bruised? Who knows! There’s only one way to find out. Let’s leave it up to fate… or physics…

Back when I first started being interested in kicking boys in their balls at school, I remember my mum and I watching this Madonna movie, I think it was “Desperately Seeking Susan”? If memory serves, at several points during the film both women did something I’d never seen before, something they gleefully referred to as a “gas pedal”. This was where in a moment of whimsy they jammed their shoe onto a boy’s crotch and then stood up, easily putting all their weight directly on his testicles. The guys’ faces were a mask of comical debilitating pain, humiliation and, just like in tons of other instances of extreme testicle abuse in popular media, this further informed me of new ways to prank the boys at school in front of all the girls. Ya know, for education purposes, but also just a bit of lighthearted fun. If you yelled “gas pedal!” while you did it, all the better!

It became something of a “meme” at my school (before memes existed). Gas pedalling briefly became the coolest new way to turn unknowing boys into crying piles of jelly. A terrific new ball prank to get the girls laughing during break time. Since Madonna did it, it couldn’t be bad, because Madonna is a cool and super famous celebrity!

Anyway, many years later I learned that our fun little “Gas Pedal” trick was actually something called full-weight ball-standing in the ballbusting/porn world. It’s a kinda long name, but okay. I gather that it’s something you nut-perverts get off on, but actually relatively few are willing to try on their own testicles. When it came to real-life ballbusting with a nice lady most of you can take getting your balls kicked, punched, slapped in all manor of ways. But then when you ask them, “Can I step on your balls with all my weight and bounce up and down on them?” they usually balk. And that’s fair… there’s fantasy and then there’s reality. But nothing gets in your way of watching a lovely girl stepping/jumping on SOMEONE ELSE’S balls 😂 so that’s where my video comes in handy, as you can pretend it’s your balls and maybe decide if you want the same treatment. Perhaps not, seeing as that dude ends up puking over himself and my foot LOL. But hey, everyone’s experience is different 🙂

Lots of guys want to know more about if full weight ball standing will make your balls burst. There’s no exact answer for that, maybe it will, but it probably won’t. Let’s take a look at the process:

According to Google, all it takes is 50lbs of direct pressure on a testicle to make it go splat. That’s just for ONE testicle, so if I’m stepping on BOTH of them, each testicle is only getting half my full weight, which is around 60lbs per testicle. Is that “direct pressure” though? I’m not sure, but direct pressure sounds like a technical term, at any rate, I don’t really care or worry too much about balls going splat. I just want to do it to have fun, make a cool video and the guy wants to do it to tick it off his bucket-list of ballbusting experiences.

If I was to simply stand on your two balls, gently putting more and more pressure on them until I was standing fully on them, that’d be approx 128lbs of delightful British girl meat, BUT, I don’t do that. My favourite thing to do instead is to put all my weight on the balls and bounce on them like this:

<– Video still from Full-weight Ball Standing Surprise!
As you can see I’m in mid-ball-bounce here, and having the best time ever, even after he’s had a “gross accident”.

F = m(a) which turns out that the actual Force on your balls will be momentarily much higher while I’m bouncing on them. I hope you didn’t need them for anything useful for the next few days…

Another interesting thing to ponder is that if the weight is too much for your stupid weak testicles and suddenly one gives up the ghost, unfortunately for you now all the weight is just resting on one remaining ball instead of being distributed to two, so it’ll definitely pop the second one too.

My old ballbusting mentor had a saying, regarding ball standing. “If one goes, they both go.” So actually, I was surprised with what happened during my ball standing video.

One of the surest signs of an immediate and consequential injury to the testicles is nausea and vomiting. Surprising huh? Be If you’re a seasoned ballbusting veteran and you’re getting your testicles repeatedly bashed again and again by a sexy lady while you cry tears of pain and joy, or if you’re a total nut noob and find yourself in a darkened room and, having said the wrong thing, a classy lassie’s knee sends your balls straight through your body up into your throat, be aware, if you suddenly need to vomit, something has most likely gone a little wrong for you down there.

Testicle torsion causes the most nausea, but other types of testicle injury also cause this response. It’s kinda surprising because nausea and vomiting are quite common side effects when it comes to the ballbusting fetish.

The slave in my video said to me that he didn’t want to use a safeword. To which I’d responded, “Are you sure? Safewords are recommended for this sort of thing.” But he said no. He also said he wanted his wrists bound behind him so he couldn’t stop me from doing whatever I wanted to his jewel filled man-purse. Fair enough lad!

After grinding my heel with all my weight into his frankly plump fucknuts, I decided to give them a good kicking while I was still wearing my black heels. What I didn’t realise was that the front of my hard sole was slamming full force into his testicle and pinching it between my foot and the hard bound book that he was sitting on. I think this dramatically hurt the wall or interior of his already weakened and squishy nuts.

When I started jumping on them again they were in a flimsy weakened state to take my full weight. Aw, poor sad and abused balls. Maybe I should have stopped when he said meekly, “I’m feeling sick…” but then again he said to keep going no matter what. Perhaps he was just warning me… or asking for permission to puke LOL.

Shortly afterwards something happened inside his balls, something called a “testicle fracture”.

I’d honestly never even heard of this before. I’m no doctor, or had any medical training besides some basic stuff at university. I thought fractures only happened to bones, but you learn something new every day huh?! Can you make any sense of this? Well apparently the nut-doctor can.

<– That black dot shouldn’t be there. That’s the fucked up bit.

Part of the inside of the testicle separates from itself. It may or may not be accompanied by a full on testicle rupture. Basically the immense weight raining down on his already weakened and defeated testicle caused some injury to his babymakers, and the pain and disorientation was too much, causing him to throw up. Some pretty gross stuff eh? Don’t worry, testicles actually heal from fractures, so long-term his ball will be fine I’m sure…

I gave him a few more bounces and stomps to his exquisitely sensitive testes. I had to stop because I was getting bored and the smell of vomit filling up the room was too icky. Urgh, his stupid weak organs ruining everything LOL and his silly kink which may ultimately take him out of the gene pool!

By the way in case you didn’t know, if you don’t have any ballbusting toys, you’re really missing out. It’s an exciting and fun way to introduce ballbusting to your relationship or even just to enhance your solo explorations.