The Best Shoes for Ballbusting 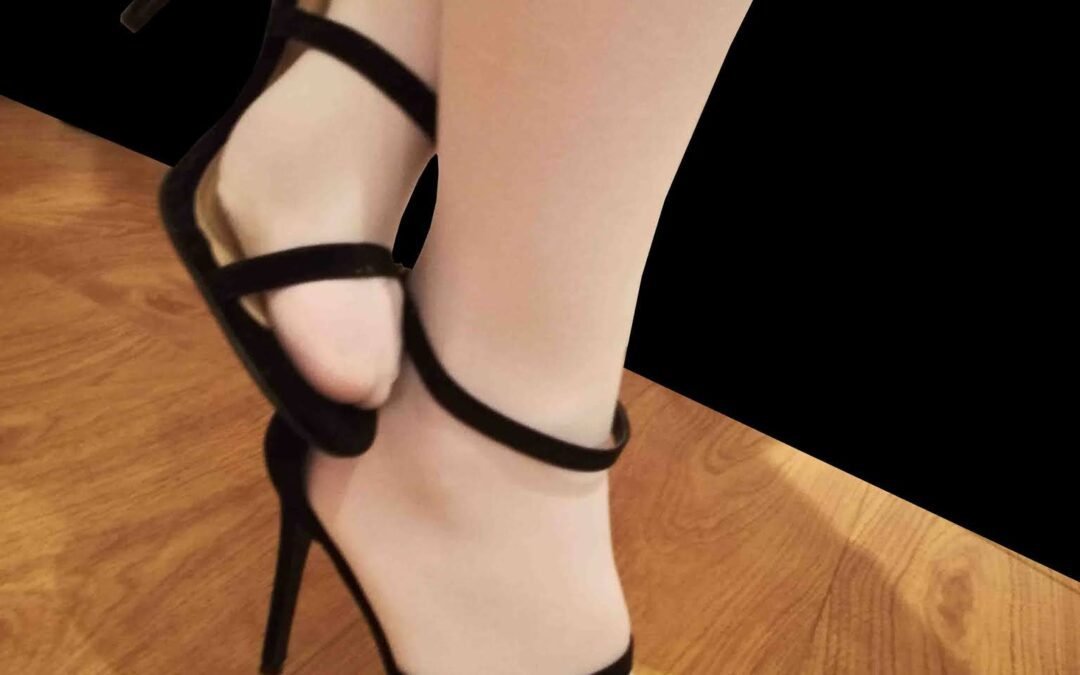 What are the best shoes for ballbusting? Of course it seems obvious on the face of it, that the best shoes for ballbusting would likely be some massive fuck-off boots, so heavy that when they slam into your gonads, they lift you off your feet and you suddenly find yourself sailing through the air like a rag doll, with your balls crushed forever. However, its not that simple really and there are a few factors apart from just heaviness which can govern how effective a pair of shoes are in mangling your man-bits.

This blog will go through a few different types of shoes that are best suited and are my favourite to wear while ballbusting. I’ll also be showing some examples of the shoes I’ve worn in my various ballbusting videos.

These shoes bring a lot of nostalgia for me, as they are the shoes I wore when I first started out ballbusting (at school). In the UK we wear school uniforms and either smart black ballet shoes or Mary Jane shoes. I always chose black, shiny or matte Mary Jane shoes, with a cute strap across the width of the shoe and a chunky little rubber heel. Some of my “greatest hits” were achieved wearing these simple school shoes. They were very hardy, a bit clunky, but not too heavy, and extremely effective at turning annoying boys testicles to mush.

They quickly became quite the popular choice of shoe among us bad girls at school, with some bragging about having the heavier shoes or ones with bigger, naughtier heels, which were quite intimidating to the boys, because we knew what damage could be done with them if we wanted to. We were always looking for an “opportunity” to put them to good use LOL.

I also used Mary Jane shoes in my Velma ballbusting video, because obviously that’s part of Velma’s Scooby Doo outfit. They also turned out to be an excellent choice, as they kept my feet comfortable during the ballbusting and looked cute too. Also they absolutely wrecked the guy’s balls! The type of Mary Janes I was wearing had a slightly pointed/rounded toe, so they really dug deep into his balls-region, achieving some finely targeted ball kicking.

Picture this, you’re at a fancy cocktail bar, had a couple drinks too many, and in spite of yourself you’re behaving uncouth in front of a sexy lady wearing open toed high heel shoes. She makes up her mind to send you to a special country that only men can go to, called the United States of Pure Nut-ache. Whilst holding her drink she absolutely punts your unworthy balls, in one swift motion. Just one punt is all she needs. Was it the shoes that brought you to her knees? Or was it in fact, her casual-ruthless style? No, actually it was your absolute joke pair of weak pieces of shit between your legs that turned you into a human-worm, laying slumped on the floor in agony. Your balls, and you. Every girl knows that!

So, strappy heels have their charms and they also make you feel like a boss lady who won’t take any shit! They don’t provide much protection for the tops of the feet, but they make up for it in the pointy high heel and in the pointed hard front bit of the toe, which i’m told, really hurts the balls when you’re doing hard kicks.

I’ve also used strappy heels to trap balls under my heel while I’m standing on them and bouncing up and down. I’d definitely recommend them for trying that out!

Wearing high heels for ballbusting isn’t my number 1 choice though, as they can make you a bit unsteady, because you are standing on one foot most of the time, so for that I’d personally mark them down a point. What they lose in balance and workability, they gain in the mental aspect, where feminine sexiness is part and parcel of dominating a brutish ballboi.

I am a laid back sorta girl, you know? Sometimes I don’t want to get all dressed up just to annihilate a pair of worthless balls. I mean let’s be realistic, smashing testicles and reducing a boy to a quivering heap on the ground, is not exactly a night out on the town. Sometimes I just wanna show up in a casual outfit and, you guessed it, a pair of converse trainers.

They’re substantial shoes, and they’re actually sports shoes designed originally for basketball. They’re made of rubber so they’re quite hefty, strong and… basically you should be afraid of them! As I heave them up into the nutsac, they pick up speed until they’re the casual footwear equivalent of a runaway truck.

Their flat soles are also especially useful for turning my feet into an industrial ball-press. Testicle stomping or trampling never felt so comfortable! I get lost in a world of my own, enjoying the feeling of being a woman, having no weak testicles, just fearless awesome pussy power.

I love dominating a guy by jumping around on a pair of ridiculous male fleshballs. Will those little guys survive? Who cares! I’m having a great time. The only downside to this, is that I can’t feel the balls under my feet, which I guess is a problem when wearing all kinds of shoes.

Besides that, they’re very practical for ballbusting, but I appreciate that not everyone will get hot and bothered about a pair of converse shoes. They’re not for everyone, but they do have a certain charm.

Perhaps it’s their flat width of the shoe that wholly covers the boy’s eggs, leaving them with nowhere to go but crunched. I have learned that if testicles have nowhere to escape to, they 100% become the brakes for my runaway truck-trainers as they slams into them at out-of-control speed. It’s better that way, since they can’t wetly plop out of the way and save themselves, they just die a death. And that’s what makes the Converse so great.

Boots, boots, boots, how can we forget boots?! They are common favourite among ballbustee’s and I often wear my chunky, heeled, black, suede boots for some heavy-footed ballbusting kicks. I like to choose ones that are heavy and have a wide heel, so I can remain balanced and yet the power balance is definitely in my favour LOL.

However you have to be quite particular around the type of boots you choose. You can’t have ones with zips or buckles on because they will catch on the balls and it won’t be pleasant. We all like ball-pain but not so much blood! Let’s keep it hygienic in here!

I only have one video of me ballbusting in boots, this is because lots of guys are a bit wary about being kicked in boots. I think they like the idea of it and they definitely like it when I wear them as they look sexy as hell! But actually getting kicked in them is another thing entirely.

Boots are very fun to use for ballbusting (probably my favourite actually) and subs often get quite scared when I’m stomping around in them, which is funny. Boots always make me have perfect aim and because they’re heavy it means each kick is more deadly = less work overall for me 😉

I personally enjoy wearing and using boots very much, they make me feel very powerful and put me in a bossy mood. They also cause boys much pain and amusement to me LOL.

There you have it, my personal list of the best ballbusting shoes to wear! I’m sure other Dommes and readers will have their own ideas and that’s fine! Let me know your favourite ballbusting shoes in the comments.

My favourite thing is to send a boy instantly straight to the floor in quivering agony, and to be honest, and I do always try to be honest, that’s more about the person doing the kicking rather than the shoes she’s wearing. In a nutshell, if you see me coming you can pretty much rest assured your fucking goolies are toast, regardless of what shoes I may or may not be wearing! 😜

By the way, in case you didn’t know, if you don’t have any ballbusting toys, you’re missing out. It’s an exciting and fun way to introduce ballbusting to your relationship or even just to enhance your solo explorations.