I Was a Ballbusting Younger Sister 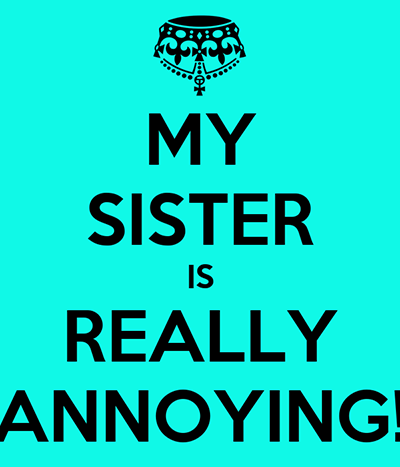 Growing up I had a bit of a reputation among my older brother’s group of friends as the very irritating younger sister who would punt the shit out of my brother’s testicles and his friend’s testicles, at the slightest provocation, and sometimes with no provocation at all!

You can read about my most brutal sororal nut smashes in both of my books, but they don’t fully encapsulate the ongoing and often daily streams of ballbusts directed at my brother and his friends. My continual ballbusting would very often be the last word in any minor dispute or disagreement that are a strong part of life when being a sibling.

While nowadays me and my brother get along just fine as adults, we both know that wasn’t always the case. We sometimes joke about it when we hang out. It’s funny though, when he hangs out with some of his old friends and I’m around, some of them are still clearly traumatised or at least still very wary of me because of my former identity as the cruelest most sadistic little sister any of them ever encountered.

I think the ballbusting partly had to do with the fact that my brother and I went to different schools. His was a normal school with a normal culture, which I can’t really speak of, whereas my school had a deeply ingrained female dominated testicle-smashing way of life that must have started long before I arrived and presumably went on until the school closed and turned into a block of flats some years ago. I didn’t know that it was an unusual environment at the time, I just thought every secondary school allowed and almost encouraged female led full-force nut smashes, with nuns and teachers turning a blind eye to the assaults and sometimes even punishing the boys as they rolled around on the floor in tears – for being disruptive, of course!

When my brother would have a new friend come over to our house after school, he’d invariably warn them, “Watch out for my sister, she’s a little ballbusting bitch…”

His new, naive friend would usually chuckle or might ask him, “How’d you mean?”

My brother would just answer them straight, “She’ll kick your balls so hard your tonsils will pop out, so just watch out OK?” but I was just a little skinny girl who looked seemingly innocent and so they probably thought he was joking around or something.

One time I remember a boy, a new friend called Paul came over and I overheard my brother Mike mention me, “Be careful with Stacy he said…” I jaunted into the room to see who he was talking to. Paul turned out to be a cute looking older boy with dark longish wavy hair and a cheeky smile.

“Careful of what?!” I demanded to know.
“Oh come on Stace, don’t start, leave Paul alone.”
Paul for his part looked at me up and down and said, “What’s wrong with you then?”
My mouth dropped open. “Wrong with me???”
Paul laughed and said, “Yeah, are you some kinda spaz?”
I squinted at him with rage, and said, “No it’s just that I hate spiders and there’s one on the ceiling right above you.”
Paul inadvertently looked up at the ceiling to check, while my brother Mike started to shout out “Paul! No…”

Before that moment I don’t think Paul had ever been kneed in the testicles so hard that he’d been lifted off the ground. He’d apparently lived his whole life blissfully unaware of how much of a bad idea it was to call a girl a “spaz” to her face and smirk at her. Can you imagine the cushy, la-la land he had lived in up until that point? I had trouble fathoming it and felt he needed a new awareness. Of course, that’s exactly what he got!  An enlightening new awareness of life on the floor next to my feet, curled up in a tight little ball, clutching his puny balls with involuntary tears leaking out of his tightly shut eyes.

One funny thing about being full-force ball crunched is that, yes, your balls are on fire and in agony, but that’s just the start of it really. From what I understand about it, your whole body is paralysed with pain too. Waves of nausea assault your stomach, you lose your ability to remain standing, and all these other completely involuntary reactions roll over your body. Your skin can suddenly turn very red and sore, and you feel completely at mercy of the environment around you. These feelings last and last, and if you ballbust them solidly for a good 3 or 4 minutes at least, these feelings intensify and get worse and worse.

Mike got down on the floor next to Paul, who just kept moaning, “Ohhhh, noooo, noooo, noooo, my nuts.”
“Sorry mate, I tried to warn you!”
I stood there laughing at them, another triumphant Stacy kick! Yes, I rule this house! And what was this? Mike was on the ground on all fours consoling his friend.
Well that’s on him really.

I gave Mike a running kick into his nuts too, just so they both got the “treatment”. Nothing like two friends being together on the battlefield to cement their relationship. I was doing them a favour really. It was just a standard running punt to the balls as hard as I could. I didn’t bother to stick around to see what his reaction was. Instead I skipped off to go talk to my friends on MSN. Later when mum came home Mike complained that I’d hit him and his friend and she just tutted and said, “When will you learn to just leave your sister alone. I’m sure she had a good reason.”

This was just a typical ballbusting episode, but over the years it was re-enacted again and again until I was almost famous in Mike’s school too. I even got the feeling that some of his friends came over just for the attention I gave them. Some of his sleepover buddies were as regular as clockwork regardless, and I used to really enjoy my reputation as the vicious scrotum pulverising younger sister that all the boys feared. You know what it’s like being that age, you kind of pick an identity and run with it.

Then a couple years ago I was hanging out at my Mum’s house with Mike, but guess who showed up? His old friend Paul!  He had been married for a couple years and had two kids!

When he came into our front room he looked at me up and down and said, “Hey look who it is! Little Ballbusting Stacy!”
I was like, wait, what? Does he know about me?
“What do you mean?” I asked, feigning innocence.
“Don’t you remember when we first met? That was your nickname.”
“Huh, I don’t really remember any of that,” I lied.
“Oh my God, I do! That day is burned into my memory. I didn’t think I’d ever be able to have kids! You’re not still like that are you?” I just laughed.
“Jesus, you were a scary kid. All Mike’s friends thought so.”

Isn’t it nice when you hear a story about yourself that you’d forgotten? It’s fun to know that even back then I was a nice little lady who showed boys their place in the world.

By the way, in case you didn’t know, if you don’t have any ballbusting toys, you’re missing out! It’s an exciting and fun way to introduce ballbusting to your relationship or even just to enhance your solo explorations.