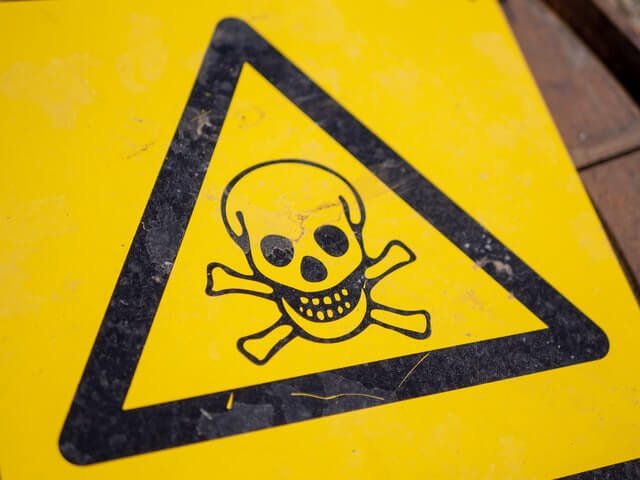 Ballbusting in S/M, in case you weren’t aware, is the beating of testicles, usually but not always, for the sexual gratification of the male. Not only is it incredibly painful for the male, but it’s also something of a taboo, since people are taught from a young age to “only go for the balls in an emergency.”

Considering how painful getting hit in the balls is, as well as some of the side effects it can produce, such as nausea, vomiting, dizziness, loss of consciousness etc, you’d think it must be incredibly dangerous to the human body.

Even though testicles are sensitive as hell because of the millions of nerve endings clumped inside to warn the male if anything bad is happening to his balls, the fact is, they’re covered in a tough to break membrane called the tunica albuginea. I know how hard it is to rip this thing open and pop a ball as I’ve done it a couple of times. To be honest it’s next to impossible to rupture a ball even if you’re trying as hard as you can. It can take months of preparation if you want to use your bare hands.

Although it could deffo be done with a lemon squeezer, with not much effort at all. Also jumping on testicles can pop them if you really go for it and also if you weigh more than 120lbs. I guess my point is, that it is possible to damage testicles but it takes more effort than you realise, and you definitely have to go out of your way to do it. I don’t think you’d be able to rupture a testicle accidentally as it takes a whole load of force to do it. So, don’t be afraid to get into ballbusting, try different things out and find out what your pain limits are, it can be fun!

It’s All in Boys’ Heads

Sure, the pain from ballbusting can be so bad that it turns the boy into a squirming piece of meat on the floor, crying like a big dumb puppy. But actually, their balls are fine. Of course you might see some deep purple bruises develop, but after one or two weeks, these go away and the testicles are right as rain. See? All of that whining, for what? Because you’re a big pussy. I know this because I’ve busted more balls than you can imagine. Your balls are nothing to me. You might be mentally scarred by the pain in your nutsack, but to me it’s just a Tuesday. The reason I can afford to be so nonchalant, apart from the fact that I have no balls and I live a relatively stress-free life, is that I know it’s all in your head boy! Your balls aren’t really damaged, check them, they’re still there.

Hang On, Dangerous How?

What is “danger”? Are you in danger of experiencing unpleasant sensations all throughout your body mixed with a rush of adrenaline which might last several hours? Yes of course, but that’s just a risk that comes with the territory of having balls. But, are you going to die? No. Were you ever really in danger? No…

Well… sometimes there is danger. Occasionally people die of shock, something I took a deep dive into in my book, however those chances are like 1 in a billion.

If you’re an older man or have a history of heart conditions, then yes there’s a risk you might have a heart attack, so maybe only some light ballbusting for you guys!

But the rest of ya, there’s no excuses for you lot. Go ahead and get those balls smashed, kick them, smack them, bash them, step on them… make full use of your testicle privilege.

You’ve Got Two of Them!

Even if one pops or gets a bit knackered, you’ve still got the other one, ya silly billy! What are you really afraid of? Being a one-balled monster? I’m pretty sure no lady would even notice you’ve only got one ball anyway.

I’ve had a hand in creating several such one-balled monsters and it’s just our little secret. No one will look at you differently if you just have one ball. Besides you can get something called a neuticle which is basically a ball-prosthetic that slots into your ballsack and looks exactly like the real thing.

Want kids do ya? When’s that really gonna happen? There’s too many people on the planet already, do the environment a favour and don’t 😉

The only thing I’d watch out for with your two balls, and I think this is a hilarious scenario, but listen close: if a Domme is jumping on both your balls, and one suddenly gives, all of the sudden the other ball is going to be taking all the weight and will likely go squish as well. When a ball pops it usually pops catastrophically squirting the pink ball goo aka ball-spaghetti out of the tunica albuginea like a steamroller over a tube of toothpaste, so you won’t have much time to save the other ball if the first one pops. But that’s a rare scenario, you should just YOLO and live your life to it’s fullest.

My point is, you’ve got two of them, and the chances of losing both from a kick or punch or anything really are infinitesimally minute. So do whatever you want to your balls and be worry free, you’ve still got another one left to smash even after you lose the weakest ball.

It’s Not at All Dangerous for the Girl!

So there you have it, my 2 cents on whether ballbusting is really dangerous.

Be well everyone and smash those balls as hard as you can because the pain is all in your head and those orbs are tough as hell.