Can Ballbusting Cause Infertility? 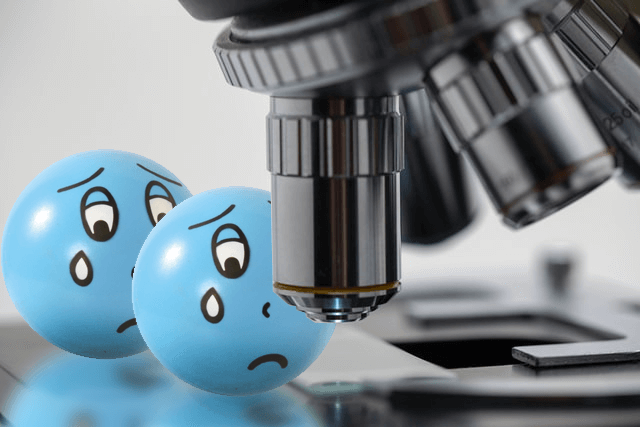 I’ve always wanted to know if the old wives tale about causing infertility in a boy via a well placed testicle kick is true. It makes perfect sense on the face of it, after all, testicles are clearly and obviously very sensitive, and they look and feel incredibly fragile when I hold them in my hand and crush them.

Also, I’ve discovered over the years, and I’ve detailed in my videos and in my books, that it’s quite easy and fun to destroy a testicle if you’re determined. But what about all the thousands of my run-of-the-mill maximum strength testicle kicks that I’ve administered over the years, both professionally and just as a fun prank to my buddies? What about those? Can they all potentially cause infertility, like mum used to warn us about? Or is it just a myth perpetuated by a patriarchy afraid of getting kicked in the family jewels and relying on most women being restrained and conformist… after all, not all ladies are like me- a person who does not give a fuck if your balls explode #ThatsTheTruth.

So I decided to set about it more or less scientifically although not super precisely given that I don’t have access to a high powered microscope and also I don’t wanna spend too much on it. I just needed generally accurate results. So I purchased two mid-range semen fertility tests which measure sperm concentrations against the control.

The whole experiment was set over a period of 1 week and the videos were initially released on my OnlyFans every other day. There, me and my fans would discuss the progress and they would come up with suggestions for the next day etc. It was really cool engaging with my fans during the whole process and it seemed like we were all pretty excited to see what the final results would be. Of course I wore a cute new outfit for each day of ballbusting as well 😉

For so long I’ve just “blindly” kicked and punched balls for fun, I’ve not been made aware of the exact serious consequences to things like sperm quantity or quality. Obviously if you pop a testicle then that can temporarily damage sperm production, but I’ve heard that even with one testicle, the remaining testicle over-compensates and provides enough sperm to impregnate a woman just fine. So when you think about it, testicles sound pretty hardy. How would kicking (but not popping) both balls even make a dent in the sperm production, really? I had a sneaking suspicion it was just something terrified men say to make women feel guilty or empathetic.

Every day for a week I kicked his testicles as hard as I could and just about every time if I recall correctly, the silly ballboi ended up on the floor, clutching his tortured nuts and groaning. All it took was some kicks, punches and some powerful running kicks from across the room. Sigh, you boys are so weak. You’d think that a fully grown man would be stronger than this. He goes from standing, legs spread and proud, to a crumbled mess on the floor, curled up in a fetal position, retching and crying.

Everyday after that, he was on time for our meetings and so I let him make his pathetic noises. I am rather fond of them after all, but they don’t ever make me feel bad about what I’m doing. They’re more of a trophy for me, to measure how well I am killing his nuts and ending his paternal ancestral line.

The week overall was very fun, for me anyway. By day 3 his testicles were huge, swollen and bruised. I was really getting some solid kicks in there, and because we were doing hard ballbusting so regularly, they didn’t get a chance to recover. He even had some trouble sitting down to drive to meet me. When I would only flick them with my finger, he’d howl in pain. I gave him one or two surprise cup-check ball smashes to keep things interesting and he was almost instantly down on the floor again.

When the testicles are in this awful shape, that’s the best time to beat them even more, so I began starting to kick his balls them harder and harder and fitting more and more in, each time I saw him LOL. By the 6th day they looked like a dead man’s balls. They were all black and bruised and he had bruises all over his stupid taint and ass cheeks too where I’d occasionally catch the edge of my foot. There were blisters on his nut sack where my foot kept hitting the same nut in the exact same place, again and again and again. But obviously now was not a time for mercy.

I’d like to add that my feet also had bruises all over them, as they also hadn’t had any time to recover during this intense week of ballbusting! I guess that’s what happens when you constantly slam your boney feet into a boys gross junk. I posted pics of my feet on OnlyFans. Let’s just say it felt like a long week for ol’ Stacy as well LOL.

Even though his gonads were worse-for-wear, the fact was, they were still technically both intact, even though they were all squishy and had swollen up to twice their size. They looked to me like disgusting swollen damaged balls.

On Day 8 he was still able to pop by and drop me a chunky semen sample. It’s amazing how you guys can still jerk off after basically anything thrown at you.

So what did the results reveal?

It was fascinating, and if you haven’t seen the video I won’t spoil it for you. You see, I made a compilation video and it’s over half an hour of devastating daily testicle torture. Mum used to say, “Don’t ever kick a boy down there unless he’s bothering you, because you can make him infertile.” Was she right? You’ll have to watch it to find out!