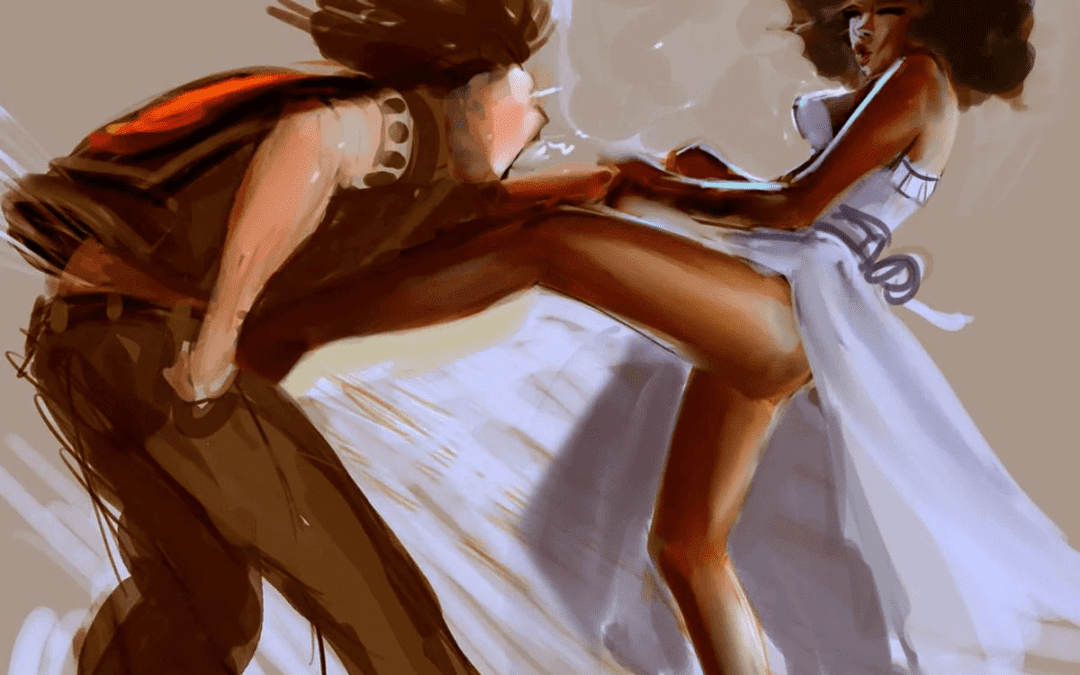 Now before I start, I want to say that since I’ve grown up and become an adult woman, I realise now that random, sporadic, unsolicited attacks on boy’s testicles are a big no-no, and I’m not recommending any other people do so to undeserving males.

With that main point out of the way I’d also like to say that some boys online do like to hear my stories about when I used to do it, when I’ve seen it happen in real life, the reasons for it, the outcomes of it etc.

For example, some men out there have had this happen to them as a result of being an “annoying drunk guy”, doing something egregious like touching a woman without her consent, and then in return they have gotten something they didn’t like, without their consent (a thorough ballbusting!)

Furthermore, if a boy at the club touched me or my friends anywhere we didn’t approve first, he would quickly find our soft leather pointed toe boots so deep in his nuts that he’d have to physically pluck my them out of his pelvis before I could leave him cowering on the sticky nightclub floor.

It brings up a slightly philosophical question. Is it really unsolicited ballbusting if the boy provokes it by nature of his odious deeds? No one would argue that I was wrong in sending his testicles straight to hell for being a creepy sex pest, but what about for lesser offences?

This pesky male YouTuber for example, went up to these two ladies and was attempting to “prank” them in some way. One of the ladies decided to act schwifty, by kicking the YouTuber in the balls. That’s one way to get an annoying guy to stop talking to you…

Was she wrong in giving him a shockingly hard kick straight into his dangling ballsac? Well technically yes, as its assault. But wasn’t the real crime taking advantage of her good nature and asking her for a cigarette and then crushing it up in front of her? Cigarettes aren’t cheap, plus he was acting like a spoilt brat. He non-c0nsensually crushed her commitment to the social contract, and she non-c0nsensually crushed his balls. Regardless of whether what she did was right, I think all women and most men can agree that it was funny, and a little unexpected!

Ah yes, it is funny when we see an annoying beta male get ballpranked in public. That’s the price he pays for being annoying. Regardless of the verdict in the courts, in the court of public opinion she probably did the right thing. Whilst he was laying on the floor in purest ball agony, let’s all just hope he learned his lesson and will stop pestering ladies on the street for internet clout. Besides, apart from everyone seeing her face, what’s he going to do? Call the ball police? 😉 She was long gone by the time he came back to reality and by then she was probably back at the office having a good hearty laugh with Janice and the gals about the scummy weirdo who crushed her ciggy.

I suppose it is a bit unfair though. If a girl is an annoying pest, the best you can do is just try to avoid her. Girls don’t have any delicate dangling balls you can utterly smash in order to get her to leave you alone. You can only beg that she has empathy, reasoning, sense of self worth and dignity and some people, yes even some ladies, don’t have much of that.

For a moment let’s leave the moral aspect of an unsolicited testicle smash behind us. For the purposes of this article, let’s pretend that the reason for the full power groin-smash is unimportant, we’ll just assume it’s justified for whatever reason the lady sees fit.

A few things that boys who have suddenly been targeted for random, unsolicited ballbusting have in common is:

You can see it on their faces I’ve seen it a hundred times. The sudden look of absolute horror and disbelief. It’s such a shocker of an experience. What? You didn’t think I’d kick your balls? What are you, an idiot? I don’t need to put up with your shit, so please enjoy your swollen testicles over the next few days. And oh yeah… leave me alone.

“How could you do this to me? Why? Why would you do this? I’m such an angel and my friends love me, why would you do this to a perfectly reasonable guy such as myself?” Let me help clear that up for you, shitballs. You’re not a “perfectly reasonable man”, to me. There are plenty perfectly reasonable men standing all around, NOT clutching their crushed and ruined balls. You on the other hand, are an annoying worthless piece of shit. So there you have it. Once and for all, in case you were wondering what you did to deserve having your balls crushed. I’m not victim shaming, victim blaming, gaslighting or anything like that, you’re just a stupid dumbass and you got what you deserved. Let’s hope you learn your lesson and are more respectful next time*.

It spreads across a guys face. Being nutbusted by a girl is embarrassing stuff. There’s nothing he can do about it. No move he can pull to counteract it. He cannot do the same, equivalent thing to her to somehow get even and turn his night around. This is it, he’s a man with pathetic weak testicles and he’s been found out. Now his new life is being on the floor, sniffing the carpet as he tries to breath, desperately trying to get the stabbing nut ache deep in his viscera to subside. There’s literally nothing he can do but curl into a ball and shake. He’ll have to just reach down and cradle his nuts and hope she went easy on him. Can he still have sex? Have children? Can he still even get an erection? LOL. Theres a lot of anxious unanswered questions in the moment, but probably none of the above, fingers crossed. Have fun watching your dick die! And your weakling balls shrivel up and waste away! 😉

I’ve heard all the stories and the full litany of self doubt after a top tier crotch smash; Why did I do that and pester that woman? Why didn’t I see it coming? Why didn’t I move out of the way? Why didn’t I be strong and not fall down? As her foot launched toward me time seemed to slow down, maybe I could have moved but part of me thought it wouldn’t hurt as bad as everyone makes it out to be… However I can tell you that a top-tier full force ballbusting kick always turns out to be more painful than you expect 😂 so be warned, now you know. And if you still don’t know about ball-regret, go and slam your balls in your toilet seat (one of my favourite moves). I swear you’ll learn so much about regret that you didn’t know before! Ooh educational!

One thing I’ll not delve into too much is undeserved unsolicited ballbusts. Those exist of course, but I don’t care much for them. When I was younger and a bit more ruthless, suffice to say I dished those out too. But as an adult that sort of behaviour is not very responsible or civilised. However I did get away with it scot-free when I was younger! Sorry bois! Looks like you got the raw end of the stick. But seriously, apologies if any of the boys out there who got it from me back in the day are reading this. LOL

*the only time this is untrue is in cases of female on male domestic abuse. If that’s you, get help. Only let your woman kick your balls from a place of love and trust 😉