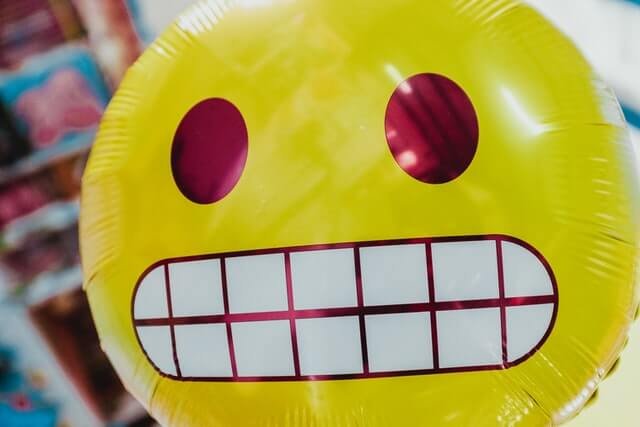 I asked Twitter what I should write a blog about and one popular suggestion was sister and brother ballbusting.

Your obsession with brother and sister ballbusting is a bit of mystery to me. Why is it so captivating for you ballbois? (Please let me know in the comments before you read the rest of this blog).

For me, sexy hot ballbusting is either about;

1) Quickly and effectively controlling a guy, asserting my power over him by bringing him down to his knees and humiliating him slightly by association

2) Ballbusting that leads to sex

3) Ballbusting that could‘ve led to sex, but it doesn’t as he’s too fucked up afterwards. Oooh I’m sorry, did you want to have sex? I’m afraid your dick and balls don’t work properly at the moment! 😂

Perhaps the real reason you ball perverts want to hear about a girl kicking her brother in the balls is because it’s even better when there is absolutely no desire involved. When it comes to brother/sister ballbusting, it’s just pure malice, spite, and vindictiveness. Either that or control. When it comes to immediate family ballbusting, it’s never about sex. Want that TV remote? It’s testicle beating time. Did your brother make fun of you in front of his friends? Time to show him who is boss, again. Is he being annoying and won’t leave your room? Make him leave nuts first, by kicking “them” out the door!

If your sister starts punching you in the nuts, you can be 100% positive she’s not doing it because she likes you. She’s not flirting, not being coy, not playing hard to get. She’s beating your balls because she’s showing you who rules the roost.

I’ve heard in some families even the mum’s get into it. I remember one time, my brother had taken mum’s car keys and was stopping her from going about her day for whatever reason. Whining about how he wanted to take the car and this and that. Totally not important. My mum, in somewhat of a hurry, just looked at me and was like, “Stacy, could you please…” and I didn’t have to think twice, I gave those balls such a good one-two slam, he instantly fell over and dropped the keys.

As the pain spread quickly throughout his abdomen and stomach, sending waves of nausea through his whole body, he whined, “What the fuck was that?!”. His body was wracked with painful nut-spasms. He kicked his legs back and forth trying desperately to reduce the fiery pit of ball-pain.

“Oh stop overreacting. Don’t mess with your mother’s things!” She said. I remember the broad strokes of what happened and perhaps I’ve mentioned it before. I’m sure if I ask my brother, he’d remember it very clearly!

Anyway, my brother Mike never bothered mum like that again. I guess it’s not very fun for a boy, when his mother and sister gang up on his balls to get what they want and completely disregard his pain LOL. That’s what you get for being a rude, whiny boy. As well as having a ballbusting sister. Not only do you have to be nice to her all the time, you need to be vigilant to avoid comical nut pranks, wherever you are.

I’m sure I’ve told of a few brother and sister nut-pranks on here before. We had a bit of a ball-fracas at Christmas one time. There was the time I actually popped one of his balls (an accident caused by kicking too hard in a teen-rage) but long before that, his ballbusting boot camp was a day-to-day way of life. Step out of line and his little sister will get his balls.

One particularly memorable ball-bouncing event was when my friend Ellis was over and we were playing a video game on PS2. Mike thought it would be funny to sneak around and turn off the electricity via the circuit breaker and then pretend like nothing happened. Right in the middle of our game, the power went out in the house. I considered maybe it was a genuine power outage, but then when I went to check on Mike I could see him smirking and looking guilty as hell! I knew something was up.

“What have you done?” I asked him sternly with my arms crossed.

“Nothing, nothing at all. I’m just sitting here. Hey! I guess your done with the game now, lets go out to the park”

“I dunno, not my problem, god you’re being SO boring”

Annoyed, I went to do some checks and found everything had been switched off manually. I popped back to Ellis and said “Come with me!” and I raged back upstairs to his bedroom.

Mike was chuckling to himself “Aw look at you two, all grumpy ‘cus your stupid game got turned off”

I was trying to contain my anger in front of my friend, while at the same time eyeing up his balls, trying to see if I could attack them while he was sitting in his office chair. Ugh!!!!

I’m sure he was being extra annoying to me because he thought I couldn’t get his balls. He rilled me up real good, and what he didn’t expect was the ol’ “Gas Pedal” manoeuvre. Without any warning whatsoever I hopped up straight onto his chair, my foot landing in between his legs and onto his genitals. I expertly ground the ball of my foot into position to best trap his nuts and bounce almost entirely on his most sensitive organs.

Ellis immediately started pointing and laughing. This was way more fun than PS2! Thanks Mike.

“Fuck you! We didn’t save the game and we lost so much progress!” I yell, with my hands on his shoulders, all my weight now perched onto his jewels.

He instantly panicked and tried to stand up, but he was perfectly trapped and pinned onto the chair by his own balls. His struggling only succeeded in stretching his own nut cords while I continued my Nutcracker Ballet. Not only were his bouncy orbs getting crushed, but the delicate testicle cords were getting twisted and deformed as his balls squashed into chair, against each other, and my foot.

He let out an extremely funny high pitched scream. An animal cry of crystallised nut-anguish. Me and Ellis both laughed even harder at that.

Finally after a while he was able to grab me and pick me up and throw me off his nuts. I landed on the floor, it hurt my bum and back a bit, but I was laughing too hard to care and it was totally worth it. By now he’d attempted to walk it off, but instead ended up rolling around once again in purest ball agony. His balls had been unceremoniously squashed, almost to the breaking point.

“OMG, did that hurt?” Ellis asked him.

“Gah! Not my balls again, fuck!” he was able to scream.  His hands gripped his crotch and his eyes were squeezed shut. Thankfully I’ll never know exactly what he was going through, but I could clearly see he was going through all the convulsive symptoms unspeakable ball pain.

He ending up curling into a tight ball, rocking back and forth in the fetal position. He was also coughing, trying to control his diaphragm as he involuntarily sputtered and cried a little. His spiking endorphins confusing and bewildering him once again, whisking him away to wherever boys mentally go on their ball-pain journey.

I considered prying his hands off his balls and giving them a refresher kick, but I had mercy on him. See, I can be nice sometimes!

“Ignore him, he’s overreacting as usual… Get over it Mike, and go fix the power. Or Ellis will bust your balls too.” I warned.

“Haha, can I??” Ellis asked. She had always been very polite and up to this point had not kicked my brother in the balls, ever.

“Well I guess you are the guest. My house is your house. Of course you can kick Mike’s balls!” I bent over close to Mike so he knew we were serious, “Especially if he doesn’t fix the electrics.” I gave him a playful, light slap on the cheek.

We left him on the floor there, moaning and drooling. The same usual performance boys do when their nut cords get twisted. We had enough of Mike and went to my room for half an hour. When we went down to check on the TV situation we could see everything fixed and back to normal. Perfecto! He’d even locked himself in his own room, keeping out of our way.

So you see, even annoying teenage boys pay attention when you threaten their testicles. Brothers and sisters can fight like cats and dogs, but the cat always wins when she goes for those vulnerable male organs. True domination doesn’t have to be sexual, which is I think why you ball-perverts like the whole brother/sister thing so much.

Brother and sister ballbusting is one of the purest examples of the true power of nut smashing, plain and simple. In some ways it’s the essence of ballbusting. Power, control, domination, getting what you want, using the balls as a lever, an effective and fun tool to twist the boy’s will to your own, with relative ease. Sometimes no effort is even required, once you’ve educated your older brother properly. Just a strongly issued threat is enough.

Ballbusting: fun and educational for everyone!