Ballbusting: How I Stumbled Upon My Favourite Fetish 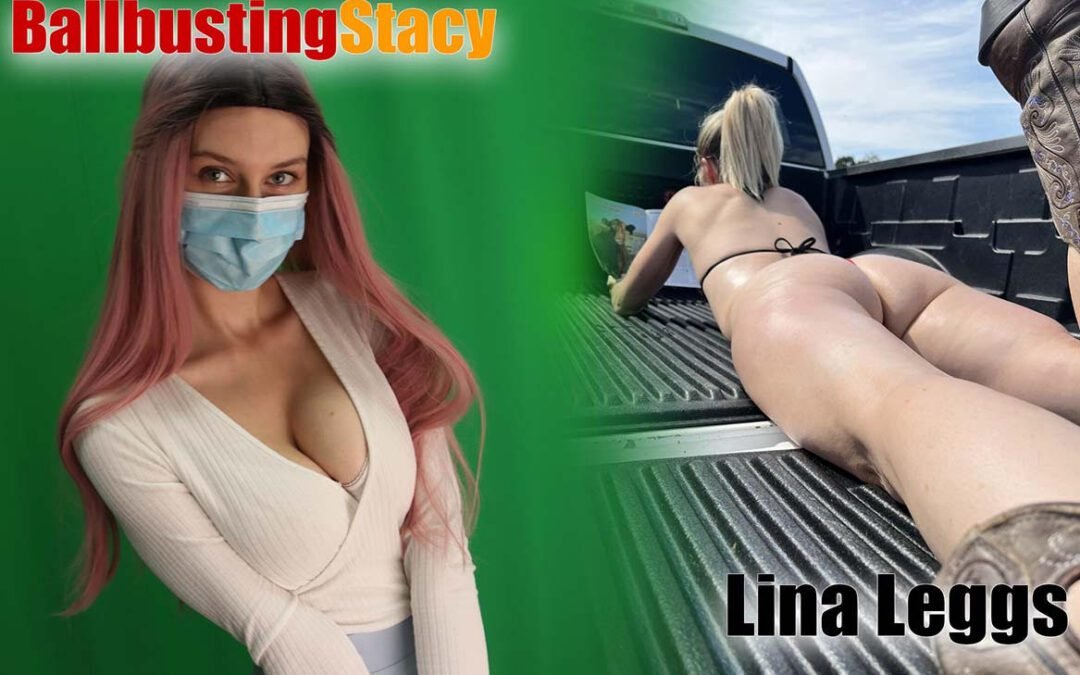 For women with a ballbusting fetish, one of the most asked questions we get asked is “How did you get into ballbusting?”.

Those of us who are vocal about our fetishes or kinks get asked this question by guys almost constantly! It’s like they think it is an unusual and novel fetish that only boys have. Well, that’s not true.

Lots of girls can and do have a ballbusting fetish too, sometimes they just need to be shown the way. Any girl with a Domme or a “bossy” streak can be into ballbusting too. If she’s into slapping, spanking, scratching or any other type of pain-inflicting kinks, then she can also be into ballbusting. Same goes for girls into humiliation or power play, they are also good candidates. Plus once she tries it and sees you falling around afterwards like a clown with a massive boner, she’ll be keen to do it again and again 😈

To get more of a perspective on this topic, I spoke with Model and fellow female ballbuster, Lina Leggs.

Stacy: So Lina, how did you get into ballbusting?

Lina: Shortly after I started my OnlyFans, I received an Instagram message from a fan.  I don’t normally answer my IG messages, but this one was different… He said something to the effect of ‘Hello Lina Leggs, would you want to bust the saggy balls of a 27 year old Virgin?’

Lina: Yes, it was so different from the hundreds of boring messages I receive daily that typically include dick pics, ‘wanna meet up?’ and the most boring unoriginal ‘hey’.

(Side note: If you absolutely want to be ignored by a girl, find them on their social media and send then a message that solely consists of the three letter word ‘HEY’)

Stacy: So, did you take him up on his offer?

Lina: Um I absolutely wanted to, but I thought ‘how do I do this?’ I actually had to google ‘busting balls’. Seriously I did. My first thought was that he wanted some humiliation… like when comedians roast someone… that sort of ballbusting. But when videos of naked men actually getting kicked in the balls by strong long legged women popped up after searching, my jaw dropped!

Stacy: Yeah it can be a shock to see. Definitely an eye-opener!

Lina: Throughout my childhood, teenage, and most of my adult life, testicles had been the *off limits zone* for inflicting pain. It was a low blow, playing dirty, below the belt kind of shot. Girls would get in more trouble at school for kicking balls, than the deserving boy getting kicked!

Stacy: Oh wow really? You must’ve gone to a good school then, my school pretty much ignored that kind of behaviour LOL.

Lina: Oh yes, I even got a detention for kicking a boy in his testicles during gym class after he tackled me during a flag American football game! Can you believe that? I got in trouble even though this loser kid cheated and tackled me! The gym teacher told me I wasn’t playing fair and that it wasn’t very lady-like and that ‘area’ on boys was very sensitive so it was not nice to hurt them there.

Stacy: Ridiculous! So what happened next? Did you meet this virgin guy?

Lina: We started by chatting online a lot. I loved sending him voice messages about how I would squeeze and punch his balls.

Stacy: Mmm that would drive him crazy I bet!

Lina: Yeah. This was quite a change for me actually as I was used to talking to guys online who were dominant and wanted to dominate me. And then here I’m talking to this virgin guy who was the complete opposite. He wanted me to dominate, control and destroy his most vulnerable asset. Suddenly I felt like I found my missing puzzle piece, the ying to my yang!  I LOVE being the one that dominates and humiliates men.

Stacy: Oh I wasn’t expecting that! Sounds like you’ve had a real sexual awakening! I love this 🥵

Lina: Yes my whole mindset around guys has changed now. They deserve getting their balls beaten! Mens arrogance as a whole needs to be brought under control. All women have the power to control men, through their saggy sack of skin that holds two little very delicate globes hanging between their legs.  Why else would they be given this appendage that is so weak and vulnerable.  It is literally every woman’s pause button on a man.

Stacy: OMG exactly! Every women needs to know this!

Lina: I’m so glad I know this now. I never met the virgin but we talk online all the time. I have also met other men who quiver at the thought of a woman maiming his junk.

Stacy: That’s great! 😂 Do you do much ballbusting in person?

Lina: Yes, when I do in person busts, I am a giddy school girl all over again! I get to relive how I wanted to kick all the boys in their nut sacks during gym class and this time I don’t get detention!  I can relish in the post kick reflex of the boy getting the wind knocked out of him, followed by a grown, and then if the impact was hard enough watching him crumple to the floor.

Stacy: Yes I love when that happens!

Lina: Is there any feeling better than this for a woman? The ability to take out the top of the food chain with very little effort is so powerful!

Stacy: I totally agree and thank you for sharing your story!

As for me, my story of how I got into ballbusting – it was a little different. Mine started early on as I had an annoying brother and annoying boys at school. I busted both my brother and the bad boys at school 😂 It was a different time… no one cared too much about the boys as they were causing trouble and being a general nuisance. Girls like me got away scott free! Over time more girls watched and learned that they also could nut punch boys at school, not get into much trouble and also control the boys! Much later on I learned that some guys actually enjoy ‘ballbusting’ which was funny to me… and here we are now!

Please get in touch with me if you want to share your story on how you got into ballbusting. I’m interested in hearing from girls especially to bring awareness to the fetish and try and break stigma around it. Also I know you boys love to hear about our stories of sexual awakening 🔥 Speaking of boys… punch yourself in the balls!