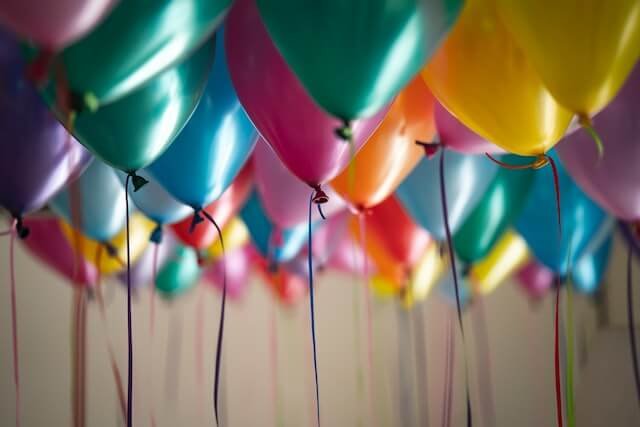 For boys, getting kicked super hard in the balls is a shameful, painful, humiliating experience. It’s best quickly forgotten and never talked about again. For girls, kicking a boy in the balls is fun, exhilarating, something to be proud of, and to be shared with the friend group. Which is why it is my opinion, that group ballbusting is better!

I’ll tell you a story to elucidate:

I remember when I was in school we special dance/party function, where the boys and girls got together at about 8pm in the repurposed lunchroom. Streamers and balloons had been hung and there was a long table serving snacks and drinks.

A boy named Everly had asked me to go with him, and I suppose technically it might have been my first date. We all got dressed up and met at the bus stop, I was excited even though I didn’t especially fancy the boy. We had a good time and laughed on the way there. He was sort of funny in an irritating sort of way.

We got there and right away Everly ran over to his boys who were all on one side of the dance floor, the girls on the other, also there were a few girls from the other area school who seemed to know each other. The lunch room looked the same but drastically different, there was a big disco ball someone had hung in the middle, and there were streamers everywhere. The nuns were on the side and they had told us that we weren’t to dance too close to the boys, and that we had to put one hand on their shoulder, and they could put a hand on our waist and hold our other hand.

When we arrived I was mainly chatting with my girlfriends, and eventually I was waiting for Everly to ask me to dance but I couldn’t see him anywhere. I didn’t especially want to dance with any boys in particular since I saw them in school every day and a lot of them were annoying, but I was all dressed up and I’d make an exception tonight.  The night dragged on and after about an 90 minutes I’d danced with a few of the boys in my class who had the courage to ask. I also danced by myself, and with other girls, because some of the songs were fun.

One of my acquaintances came up to me and whispered in my ear, “Oh my God! Everly is making out with one of the girls from the other school! Check it out!” I looked over and there he was! In the darkened hall leading from the lunchroom to the outdoor space, they were snogging and groping each other. Ew.

It felt like whispers were flying around like bottle rockets, and even though the music was still going it seemed to me like everything had gone quiet. I stormed over to them in a huff! There he was with his back to me, sneakily kissing some girl I didn’t know, while here I am in my pretty dress with no kisses, no date, no nothing!

I didn’t really think too much about it. I was walking quickly up to them and then took a few running steps and kicked him dead in the crotch from behind. My pointy dance shoes got him directly in his squishy balls and probably his stupid dick as well. Ha! Served him right I thought.

He dropped like a stone to the ground. He had no time to process what had happened but I think he thought somehow the girl he was kissing had smashed his goolies to oblivion. For her part, she just started laughing at him. She looked at me between chuckles and asked, “Oh my god, what did he do?!”

I pointed at the blubbering mess on the floor and said, “That was supposed to be my date tonight.”

“Yeah don’t worry about it” I said.

Everly sounded like to me like he was laughing too, but it turns out he was crying, and pretty hard too. I think maybe I’d just ruined his first kiss, and who knows, maybe his chances at ever having kids too.

He seemed more annoying and disgusting than ever when he was laying there in a fetal position, crying about his nuts. I left him there and went back to my group of girlfriends. When I got there I told them what happened. They were all so sympathetic.

“Oh my god that’s so bad!” they all empathised.

“You did the right thing.” Said another.

Then another one of my girlfriends pointed out that they’d missed all the fun and no one even saw me punt his testes.

“I guess I could just kick them again. Even though I’m not as angry now, but what’s the harm?”

They all agreed except for one of the nicer girls who said it was a bit mean to kick him twice, “Isn’t once enough?”

Another girl agreed, but now I kind of wanted to kick him in his testicles again. He HAD sort of cheated on me after all.

“Yeah okay, maybe,” I said, “Let’s vote, a show of hands, who thinks we should kick Everly in the balls one more time just to be sure and so we can all see it happen?”

It came out two for, two against, so I cast the deciding vote, YAY!

We all wandered over to the darkened hall where Everly was standing, hunched over, rocking back and forth, his makeout girl nowhere to be seen.

“Hey, Everly, come out, I want to say sorry.” I ventured.

He looked at me and saw the small crew of girls behind me. He limped over and glanced around. The music was still playing and none of the chaperones were paying much attention, a lot of the other kids were still dancing.

“Stacy you bitch, you kicked my fuckin’ balls so hard! Fuck.” He almost shouted over the music.

“Yeah… well I just wanted to say sorry, and also look, mistletoe!” I pointed up above us. He looked up where I was pointing, but there was no mistletoe. More like missile toe!

Again I rocketed my shoe into his already aching ballsack. I think I got the right one more than the left. My right. So… HIS left ball. I just demolished it in front of the girls.

They exploded in peals of laughter and cheers, even the girls who had voted against it were laughing and pointing. The three of us who voted Yes, started congratulating ourselves. For some reason it really felt like we’d done something important and good and it was just a great time to be alive and have such good girlfriends. LOL. That’s the joy of group ballbusting for ya!

We wandered off back to the dance and left Everly a complete fucking mess on the floor as he learned a new definition of gut-churning testicle pain. Britney Spears was blasting “My Prerogative” into his brain the whole time during that too.

The next few weeks at school we’d all make fun of Everly for getting his balls kicked twice in one night, and whenever we saw him as a group we’d threaten to neuter him, if he still had any balls left.

So you see, both experiences were fun, in the first it was just two girls, me and his kissing buddy. In the second, my supportive girl-friend circle became my group ballbusting accomplices, and we all had a good laugh and it brought us weeks of enjoyment and jokes. Who knows what Everly thought of the whole thing, but who really cares? I bet he didn’t cheat on anyone again, so that’s a nice outcome.

Knowing what I know now about male ballbusting enthusiasts, we probably gave him a lifelong female domination fetish. So you’re welcome Everly, wherever you are now.