What Actually Happens When Your Ball Pops? 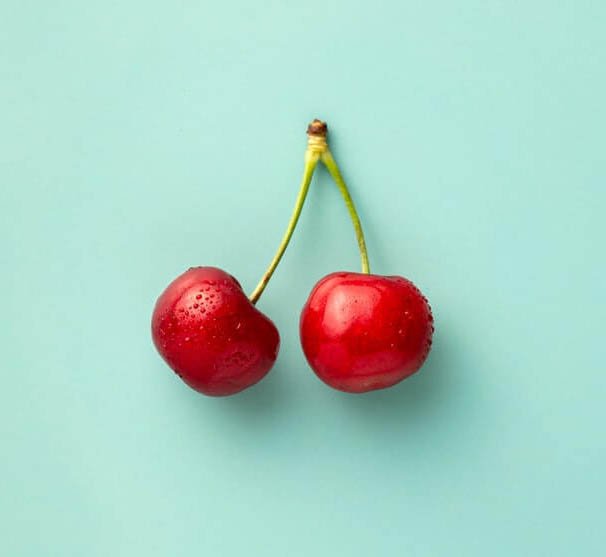 She’s slim and tall, standing at 5’9 without heels on, and has heavy natural 30FF tits that pulls her whole body-weight towards the centre of the earth with a force of 511 newtons.

This information will be important later, and just to be clear nutbag, that Domme is me, BallbustingStacy.

“I want you to destroy my balls, I don’t care what happens to them, it’s super hot. It’s my greatest fantasy.”

“Yes alright, but if anything happens to one or both of your balls, you’ll have to say you had a skateboarding accident.” I say with a silvery laugh.

I hear this sort of request from a lot of guys. So much more than you’d think. If I was a silly boy as well as a completely depraved ball-pervert like you, I’d say I want to experience total nut agony, but that’s so easy to do and you don’t even have to come near ball-popping stresses to get that. But alas, when one of these boys says to destroy them, it’s sometimes really hard to pass up an opportunity like that. So I am known to oblige. It’s endless fun to see how much those big balls of fun can take, the only bad part is when I have to stop.

The best way to make sure I really ‘go to town’ on your balls is to make sure you’re completely bound and gagged. That way you can’t change your mind or try to yell out annoying words. The best you can muster is a weak-ass “Ftop! Fleafe! Ftop!”. Welp, I’m sorry bud but I don’t speak whatever language that is!

There are a couple of ways I can get you bound and gagged so I have complete and total control of your balls. One way is to tie you up and put you on my ballboxing table. I like this one because it really divorces me mentally from the person lying on top of the table. It’s just a pair of gross detached balls hanging there for me to punch the living fuck out of. I can speed bag the testes with a full force punch 4 times per second. There’s no better way to get the most punches to a guy’s ballbag. Do me a favour dear reader, punch yourself in the testicles as hard as you dare. Imagine that it’s BallbustingStacy punching you, because you know I would love to punch you there as hard as I can, I don’t give a fuck about your balls or your pain. Did you do it? Okay, now imagine getting punched like that 4 times per second, because I promise you that’s how fast I can go. I’ve literally timed it, for science. You can time it too if you buy my ballboxing video.

In just a quick five minute ballboxing workout, I can punch a pair of worthless dangling testicles 1200 times! That’s a lifetime of nut destruction in the time it takes for Mr Blue Sky by Electric Light Orchestra to run all the way through once. This gets them so swollen that sometimes it’s hard to remove them from the hole after I’ve stopped. It’s so funny when they’re the size of grapefruits and you’re basically stuck to the table because of your dirty ballbusting fetish and your silly little private parts getting all dramatic. Don’t get me wrong, I like pathetic ball-perverts, and technically I’m one of them too. Lord knows how many I have also single-handedly created in my time on this earth.

Anyway, there are as many ways to completely bind and gag a nut-perv as your imagination can allow, but the main thing is that I abuse the testicles absolutely mercilessly, to get them to the proper point of sensitivity and take them to their absolute limits of ruination. When you beat them for half an hour and they’ve swollen anywhere from 50% to 200% that’s when they’re just right for comfortable full weight ball standing! Err yes, comfortable for me, not you. They’re like a big old spongey fluffy pillow down there for me to relax my feet on…

There have been a fair few studies done about human testicles by mostly male scientists who are very concerned about what the maximum force allowable is before testicles rupture. According to a peer-reviewed study for sports health, “a 50 lbs force or 222 newtons is needed to rupture the protective outer tunica albuginea of direct force. The testicle ruptures when force is applied through the organ that is “trapped” against the pelvis bone, protective cup, or inner thigh.”

I’m a huge Science nerd, so I love seeing these kind of facts in actual studies. Although that one makes me laugh and turns me on a bit because I think of all the poor testicles that had to squidge and rupture for them to come up with this average force calculation. At any rate, I have discovered through my own very scientific analysis that this extreme testicle rupture amount can be greatly reduced by first beating the absolute living fuck out of them. If I beat them for half an hour on my ballbusting table, that’s over 7000 direct testicle hits. Since you’d be bound and gagged you wouldn’t be able to say shit now would you?

So after I bang your worthless family stones out of the beating-hole in the table, they’re at least as big and soft as a couple of goddamned canned peaches, it’s time to start crushing the juice out of them. Here, again, there are so many fun and worthwhile different ways to crush them properly…

Remember when I told you to punch yourself in the nuts like a good slavering ball-fool, with all due respect 😉 Now, just for your edification and mine, go ahead and grab hold of whichever ball got hit the worst. One almost always gets it worse than the other, they’re stupid like that. Okay did you grab it? Now squeeze it! Hard. Get your thumb and dig it straight into the centre of the meaty animal nad. Try to use your bony finger to push into the heart of your worthless bollock.

Finished? Did it hurt? Of course it did. But, that was nothing compared to what I do. It’s important for you to do these exercises I recommend, for reference. And also because it’s good for your ball-pain craving mind.

So anyway, where were we? Ah yes, the different ways to crush testicles. I have a few. One is with a vice thats specifically made for squishing balls flat, like ugly little pancakes. Mechanical, effective, and so extremely painful that professional torturers have used them for Millenia to extract information from unfortunate males. A wonderful way to go, except it’s still kinda hard to make them pop in there.

Next up we have the lemon squeezer, a personal favourite of mine. I love this because they make it so easy to squeeze guy’s nutmeat. It’s like they were designed to be used on balls! The leverage I get from just an absolutely tiny bit of applied force causes absolutely mind-bending agony (that’s what it looks like). Just watch one of my ballbois trapped in my lemon squeezer for literally a few seconds, making his voice involuntarily rises two octaves to almost a squeak as he pleads desperately for mercy. Can a girl even have any more fun than that?! He never agreed to ball-death so unfortunately I decide to stop, but not before he veritably screams the safe-word at me, not once, but twice before I let him free. Trust me, I know what a testiball can take, so shut up and take it. I’ll let you know when I’m finished. (Also no joke but lots of guys end up saying the safeword and then afterwards they were like “I didn’t mean it” – that’s confusing!!)

Another way is full-weight ball standing. Sadly, I have yet to get a boy to consent to me filming that, nonetheless it’s so much fun to do! I’ve even done it whilst taking a shower! Talk about effortless.

After I get your balls soft and mushy like over-ripe pears, the contents are bursting at the seams, already desperate to break through the inner skin layer. Your own body betrays you with swelling, making your testes dangerously close to popping. This is the perfect opportunity for full weight ball standing. I don’t know if you can imagine the pain of at least 511 Newtons of force, more than double the terminal force, implacably raining down on your balls? But I imagine that the whole life of your balls will flash before your eyes. Your earliest memories of playing with your nuts, growing up with them, protecting them, nurturing them, making sure nothing bad ever happens to them. Maybe they were bashed at some point some crazy lady and all the women around laughed at you, fucking your brain up permanently and turning you into a gurning ball-slave for life. Whatever the circumstances were which led you to here, now you’re bound and gagged, and cannot escape.

One of the things that ladies forget when they’re jumping on testes is that since only roughly 222N of force is required to pop one, if you’re jumping on both with more than double that, sometimes they can both suddenly pop at once! When one nut pops it turns instantly inside out and ballgoo pumps out of the nut and into the scrotum, suddenly all the force is now on the other one, which of course immediately gives up the ghost and now you’re a double nut eunuch. Whoops, sorry not sorry. Isn’t that what you wanted anyway? You got two for the price of one I guess, congrats.

For you, wave after increasing wave of nausea assaults you as you struggle in and out of consciousness. It’s not pretty, and usually at this point I’ll start to untie you. I don’t want you drowning in ballpuke or something sordid like that. I am a nice lady after all.

The swelling of your balls now starts in earnest and it’s probably time we part ways. Make sure to focus on your breathing and keep an eye out for the telltale symptoms of neurogenic shock, which are: warm and pink skin, laboured breathing, low blood pressure, dizziness, anxiety… which are pretty vague symptoms to be honest! It might be hard to tell, because those are mostly the same symptoms as massive ‘normal’ ball trauma, but anyway that’s your problem now. Enjoy your fun trip to the hospital! Tell them Stacy sent ya!

No, just kidding. Say it was a skateboarding accident 😉