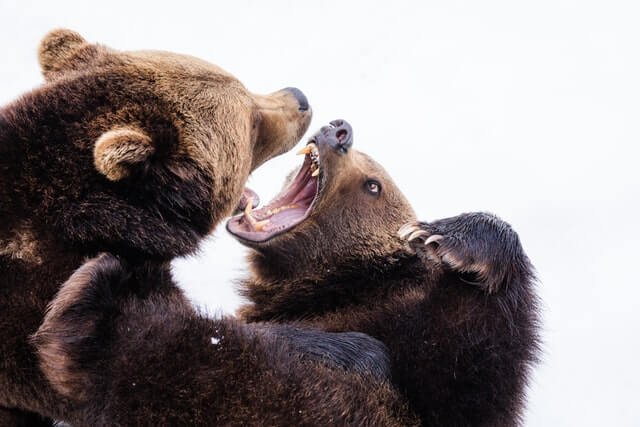 (Here’s a blog post which has been requested by a lot of the readers out there!)

Even though we’re social creatures, it’s my belief that empathy doesn’t come naturally to all of us. Case in point is myself, up until at least my late teens.

Since kids don’t have much power or autonomy over their lives, not being fully emotionally developed mostly doesn’t matter, since they’re not writing laws or having jobs that require empathy for example, but there are occasionally some local casualties. Just ask my brother, Mike.

I was quite young when I found out about the awesome, argument-ending destructive power of a full force kick in the groin. I was at the age when I didn’t see my brother so much as a person with feelings and a rich inner life, rather I saw him as an obstacle, a rival, and a bit of a beast when it came to hogging the TV remote. It was so long ago I don’t even remember the first kick, but the scene played out so many times that I can give you a typical example, that I more or less remember, though it’s less of a specific incident more of an amalgamation of our typical sis-bro plum ruining:

It would be just the two of us and since he was a bit older, he would sometimes be chored with babysitting me and he’d let that little bit of that power go straight to his big head.

“Give me one of those pillows,” he’d say.

“You’re not using all of them, just give me that one.”

“Give me a fucking pillow!” He’d stomp over and jerk the pillow out from under me and I’d go flying off the sofa and onto the carpet.

“Hey!” I’d say in a sulky way, but not react immediately, just quietly fuming and planning my retaliation in my head. Then when things had died down a bit, about five minutes later I’d calmly get up and go into the back garden to grab the broom and whacked off the sweep-y part so it was just the long, heavy wooden stick.

I’d go into the front room where he was sitting, noisily playing video-games and messily eating Space Raiders in his shorts, in a world of his own, leaning against my pillows, legs spread out in front of him, not a care in the world. I snuck up behind him and lifted the broom handle high above my head and looked down one last time at him peacefully man-splayed there on the floor, completely unaware of the hilarious and righteous agony he had bestowed upon his own crotch with his wanton disregard of my personhood! Well, two could play that game!

I brought the broom down in a perfect and forceful arc from above my head and straight into where I was pretty sure his “sacred” balls were. A direct hit results in a meaty thwack that reverberates all the way up the broomstick. It startles me so I drop the broom and bounce a few steps away from the instantaneous results of my actions.

He screams a high pitch burst of animal pain. “No!” he says in a kind of whine, his voice fraught with a special kind of testicle despair. The game he had heavily been invested in up until that moment is all but forgotten in the intense throes of complete and utter misery and total ball-disaster. Now, I know this initial phase well, it was the total mind-annihilation phase of nut anguish. It might last up to half an hour, but with any luck it would last even longer. Up to an hour is not unusual when a girl uses all her strength and a ball-killing tool to get the job done. I executed my first perfect ball-prank. My laughter is natural and satisfying and comes from deep within. It was such a wondrous giggleberry smash, I laughed long and loud, savouring my triumph.

I bet my laughter seems very far away to poor old Mike. He was dry heaving his smelly onion breath around the room and rolling around, trying to find the perfect position to experience this fresh hell on earth. The unending waves of pain are simply too much to process rationally. His legs make little bicycling motions (to my further amusement) and he finally curls up into a tight ball, legs tightly up in a foetal position.

It’s a position I often see men in, curled up in agony on the floor, with no strength or will left to fight. It’s somewhere between the flight and fight mode of survival… it’s just the “give up” mode. It’s happened in my Velma Busts Ghost Nuts and Ballbusting Knees and Kicks videos. I really love putting a man in that position, after all it doesn’t take much effort on my part.

Mike lapses into a peaceful mediative silence, punctuated by heavy, deep breathing and occasional weeping sounds as I yank away all the pillows he stole from me, turn off his stupid video-game and change the TV channel to something he hates.

I shout over my shoulder to my quivering brother “And don’t even think about telling mum and dad!”

Really, he should know better but he never learns, and he didn’t for many years.

In the case of the broom handle to the nuts, I think old Mikey stayed on the floor nearly until mum came back home that day. The first thing he did was dramatically limp ball-pained-edly towards her and say, “Mum, Stacy hit me in the baaaalls! ON PURPOSE! ”

“Is this true Stacy?” She’d say in a quick stern voice, unsuccessfully trying to suppress a half smile.

“Yeah, but he was being annoying to me!”

She’d shake her head and look at Mike and say, “Micheal don’t pester your sister, you’re bigger than her and you should know better. Now what would you lot like for dinner?”

Perhaps mum went easy on me, or perhaps she didn’t appreciate how badly I hit him there, or how much it hurt him, or more likely she didn’t think it mattered in the grand scheme of things. I suppose, like me she appreciated that in spite of their incredibly sensitive and vulnerable nature, testicles are actually fairly tough and you can beat the fuck out of them before it becomes a serious problem.

When it was just me and mum she’d always say, “If a boy ever is pestering you, you just knee him as hard as you can in the private parts and he’ll shut up and stop whatever he’s doing to annoy you.” She was right and is something of an inspiration. She had absolutely no qualms about thumping men hard in the bollocks especially if they were acting up.

I remember with mum and dad, he was tickling her something fierce while we were all at my Nan’s for Christmas one time. We were around the Christmas tree and he said something about her having some love handles these days and away he went with the tickling, she squealed, “Stop!” and “I don’t like that!” and even said, “You’re gonna get it! Stop!” Then boom! She karate chopped him in the family jewels with a loud thwap. My nan laughed and said, “She’s a feisty lass isn’t she?”

Dad just groaned and did the whole, my life is over, I’ve-just-been-sacked clown routine. We of course all laughed at him because it was funny and he earned it. Ball bashes are a good laugh. Mike looked on silently, knowingly, and perhaps a little sad at living in a house with rampant ballbusting bitches. I mean that in a nice way obviously.

When Mikey was a bit older he used to driving Mum’s car and one day he clumped down the stairs and said, “Eh mum, give us the keys I need to go pick up my girlfriend from the Station!”

“Too late!” he said and he run-grabbed the keys off the sofa table.

But he didn’t, and instead jangled the keys high above his head while walking towards the front door. I came to look at what all the noise was about, and was watching him be an arrogant dumbass, as usual. Mum shouted to me “Stop him, Stace, I’m serious!” so I strode up along side to him elbowed him and his balls out the way and down he went, dropping the car keys on the way down. I shrugged and went back upstairs to my room.

Mum picked up the keys and said, “You only have yourself to blame.”

He took 10 minutes to regain himself, re-doing his hair and spraying more cologne on himself. As he was leaving to meet his girlfriend (via the bus) I shouted down the stairs “Maybe you should see her tomorrow since you’ll be pretty useless now.” Oof, the burn! Siblings should never miss out on an opportunity to rub it in!

One cool thing is this family-ballbusting mindset really helped me when ballbusting became popular at my school. At that point things escalated, as some of my friends reminded me what it was like to bust someone who’d never been busted, which also took me out of my comfort zone since I’d never busted anyone other than Mike. By then I think my brother was used to it and his clankers had grown less sensitive by the constant, and I mean constant testicle barrage. More or less every day. Until I started nutbusting all the boys at my school (I’m such a ballbusting slut lol), I had pretty much forgotten what a normal reaction to getting the shit kicked out of your dick was like.

I think it may be fun to mention by the way, that eventually my brother lost a ball thanks to my kicks escalating in power and viciousness. I write about that in my book Ballbusting Volume II (which isn’t out yet). So we’ll just leave it at that. Though you’re welcome to read Volume one now.
One final thing I’ll say though, that one notable difference between busting your brother and busting a sub or boyfriend can be day and night. One notable difference is obviously, there’s nothing sexual about it. Mike never ever sexually enjoyed mine or Mum’s funny ball-pranks, whereas usually or at least, often, the subs and boyfriends at least get something sexual out of the experience. I honestly don’t mind either way, but it seems to be nicer ultimately if the boy gets to get a few jollies out of the experience, at least some time down the road. And I’m nothing if not nice!