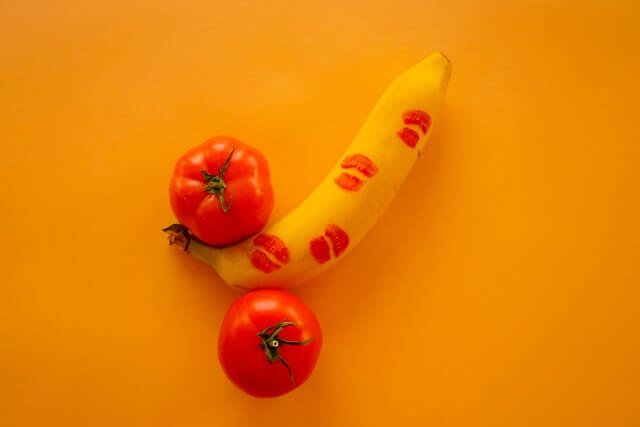 I do love me a bit of orgasm ruining! Orgasms are of course beautiful releases of muscular tension and powerful endorphins. So pleasurable they can be almost spiritual, at least when they happen to me. I don’t think it’s much of a stretch to say they’re practically one of the best things in the world. People make an awful lot of effort and go to some extreme lengths to even be able to have one. Which is why it’s so awesome to ruin them for silly boys!

Now I know that not all orgasm ruining is ballbusting, although I often choose massive surprise ball-agony as my go-to orgasm kill switch. But I’ll get to that. Let’s start with my short list of 3 types of Orgasm Ruining as practiced by me.

This one is funny because it has delightful and potentially permanent ruinous effect that lasts long after the orgasm has finished. I’ll explain.

It’s not exactly orgasm ruining because he still has the pleasurable sensation, although it’s somewhat muted by the pressure, and he doesn’t get to experience whatever nice dick sensations accompany most male orgasms, I’ll leave that up to you to think about, but I bet it’s a pretty cool feeling.

That being said, something else started to happen. After a long time of me smashing that cum-off button, I decided to let the boy shoot his load just for the hell of it. To my great surprise, even though he had a powerful orgasm as usual, nothing came out! He hardly noticed, but I did. The next day I tried again, let him orgasm the natural way, and again, there was zero jizz. Well this was great for me! I was delighted. I stopped having to press the button and literally every single time he shot ropes, it flowed, pump after pump, directly into his piss purse. I’d essentially given him a muscle-based vasectomy, that not only ruined his chances of procreating, but if he didn’t pee right away after sex, it could also lead to annoying bladder infections.

This was fun for me, but to him it was a bit of a concern so anyway, we broke up. Last I heard of him he was own-goal-ing his baby batter into his bladder. Lol, sorry guy. Hope you didn’t want any kids. Next time don’t date an evil teen. Orgasm = Ruined.

It’s pretty self explanatory, you get your boy super hot and bothered, if you’re me maybe give him some intense ball boxing, just for good measure. Work up all that orgone energy, ideally get your own orgasm out of the way nice and early and then, right when he’s about to bust… Hop off, or stop stroking, or doing whatever you’re doing, and just let that sexy orgasm fizzle out and die a death, pumping weak spurts of gloop all over the unfortunate boy’s belly.

As a joke you can throw his nice jumper onto the cooling cumpool and tell him to “Clean yourself up love.”  If he gets all, “Hey that’s my nice jumper!” Just tell him, “Oops, sorry, I just grabbed the nearest thing…” by then it’s too late and you can both have a good laugh about it. You see, it’s especially funny because then he has to leave your house wearing his stinky crusty splooge all over himself, like the dirty boy he is.

(And before anyone asks me, I don’t give orgasms to slaves, so don’t expect one if you get a session. Orgasms are for dick-appointments only, sorry loser).

Being a nice thoughtful lady, who was under the impression he liked ballbusting, I dropped my face into the sheets, and reached down in between my legs with both hands. With one hand I grabbed his swinging bollocks and trapped them, pulling them towards me. With the other hand I quickly wrapped my long fingers around his huge plump balls and squeezed the fucking life out of them.

His scream was high pitched, and not at all what I was expecting really. He pulled most of himself out of me and pushed me away from him, but my hands were still clenched around his spasming nuts. I didn’t want to let up in case this was one of those good high pitched screams of ball-terror?! But no, this was a just a bog-standard yell of frightened pain (that I’m more accustomed to now).

“My balls!” He eventually said.

“Why did you do that?!” He whined, curling into a foetal position and rocking back and forth.

“You said you liked ballbusting?” I said, matter of factly.

“You thought I liked gangbangs?” I asked incredulously.

“I can’t talk right now,” was all he replied.

If you read this far dear reader, then it’s your turn to do some solo ball-thumping. Do it for me now you cheeky ballboi.

I’ll give you this little nugget of Stacy JOI. Have a good solid wank. Go on. Do it right now, imagine me kicking those balls in slow motion, my foot connecting with your sensitive testes over and over again, and me laughing at you for being my little ballbag boi. Mentally re-live that moment between utter ball bliss and total nut agony with each stroke.