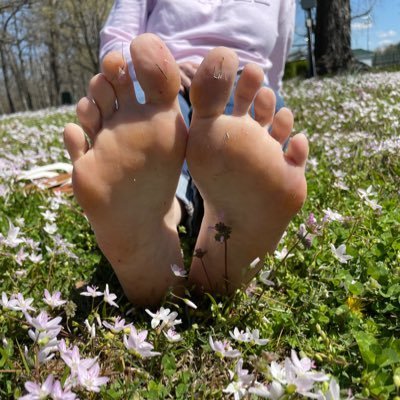 Allow me to briefly introduce myself. My name is Traci, but online (as well as to my husband) I’m known as Goddess Traci.

You see, I’m somewhat new to the fetish world. My husband, Tyler, and I met roughly three years ago while working in the same office. Him and I quickly connected on countless things but I knew nothing of his kinks until we moved in together. In fact, I was pretty green to the fetish world as a whole. After about two weeks of us living together he offered to rub my feet one evening. I could tell he was enjoying it and after a bit I asked him if he was into feet or if he was simply performing a nice gesture. He came clean and revel was that he does in fact have a foot fetish and I thought to myself “hmmm this isn’t too bad of a deal! Especially if I’m most likely getting treated like this every night!”

He was so thankful and happy that I was onboard with his kink. He started to frequently buy me shoes, treating me to pedicures, and I started to realize just how much power I had over him simply because of his adoration for my feet. I began to purposefully wear shoes that I learned drove him crazy. I would dangle them, heel-pop in them, any little “innocent” movement I could do to make him tremble with anticipation for my feet.

This continued for several months. We were both loving it. Now here comes the part I’m certain most of you ballbois have been waiting for.

Him and I were casually hanging out with some coworkers in the break area one afternoon. One of the women in the office was telling a story about her stupid, dickhead boyfriend. I responded with “Oh girl, I would’ve kicked him right in his fucking balls!” I noticed something right then and there. Tyler stopped what he was doing and put his jacket over his lap while he was sitting in his chair. I wondered what was going on there. But I had a hunch. So I continued. “Girl, I mean it, I would’ve squashed his stupid little testicles. He’s gonna regret even having balls when I finished with that motherfucker.”

Tyler then texted me “I have a giant boner and I’m leaking pre-cum.” THIS is why he had his jacket in his lap. Hiding that awkward boner while I continued to describe how I would destroy a set of nuts. It was hilarious. Just add that to the list of ways to drive my now husband insane.

Eventually the break room crowd died down and it was just Tyler and I in there. He asked me if I would kick his balls that night. Now, I’ve never kicked a guy in the balls, at least not until I met Tyler, that is. At first I toyed with him and said “I dunno maybe. Do you think you can handle it?”

He responded with “Yes! Yes, I’m certain I can!” I told him I’d think about it. Then before walking out of the break area I flicked his balls as if I’d just seen a little tiny ant crawling on my arm. I could tell that right there was enough to impact him. “Mmmm tonight is going to be interesting” I thought, as I walked out of the break area, leaving Tyler in there alone to fantasize (and possibly worry) about what will become of his silly little hanging grapes later.

That night he was so jumpy! If I even moved my leg he would recoil! And it was hilarious! I had him so worked up, wondering if I was going to do it, WHEN I was going to do it. I had so much fun playing this cat and mouse game. I almost didn’t want it to end… almost.

Bed time rolled around and I had not yet kicked him. We got under the bed covers and he was visibly shaking! I asked him what his problem was and he said he was just so anxious and excited about his nuts being kicked that he couldn’t control himself, and explained how badly he wanted to suffer that pain for me. I have to admit, the thought of that kind of made me wet!

I said “Look, I’m going to kick you. I just don’t know when or anything, I’ve never done this before. I don’t want to like, pop them! Are those things really that durable? Like, would you need to go to the hospital?” (Readers, please forgive me for being so uneducated on the matter at that time. But I genuinely did not know much about kinks and exploration of them until I started dating Tyler.)

So he explained to me that there was plenty of ballbusting in his previous relationship and just like anything else in life it’s as “safe” as you want it to be.

I told him to get out of the bed, remove his underwear and spread his legs. He did as he was told. I mean, why wouldn’t he?

Not going to lie, I held back quite a bit on my first kick. And I’ve got some strong legs, I can max out the leg press machine at the gym. I heard a light “smack” of my foot connecting with his hanging balls and I noticed this didn’t phase him much.

I’m incapable of turning down a challenge. I replied “Please remember, you asked for this.”

I drew my right leg back as far as it would go and I rocketed my bare foot straight into his pathetic gonads. He immediately collapsed to the floor and began kissing my feet. (Suits me, I was going to order him to do that anyway!)

The squishing feeling of my foot making contact with those balls is something I’ll never forget, such a distinct feeling, doubled with that loud “smack” sound. I felt so powerful, like a literal goddess as he laid there holding his stupid balls, knowing he asked for every bit of this.

I eventually pulled my foot away from his mouth and planted it on his body as I stood in a victory pose for a moment. He began kissing my other foot as I felt a couple of tears roll down onto my instep. Obviously I told him he’d better get to licking that up. He asked for this, he can do the cleanup as well!

No, I did not help him up. In fact, I stepped over him on my way to the kitchen to pour my own glass of wine. Upon return to the bedroom he was still lying in a big heap of pain. I sat on the bed and used him as a foot rest while I drank my wine.

And that, readers, is my very first experience with ballbusting.