The Thrill of Nude Ballbusting 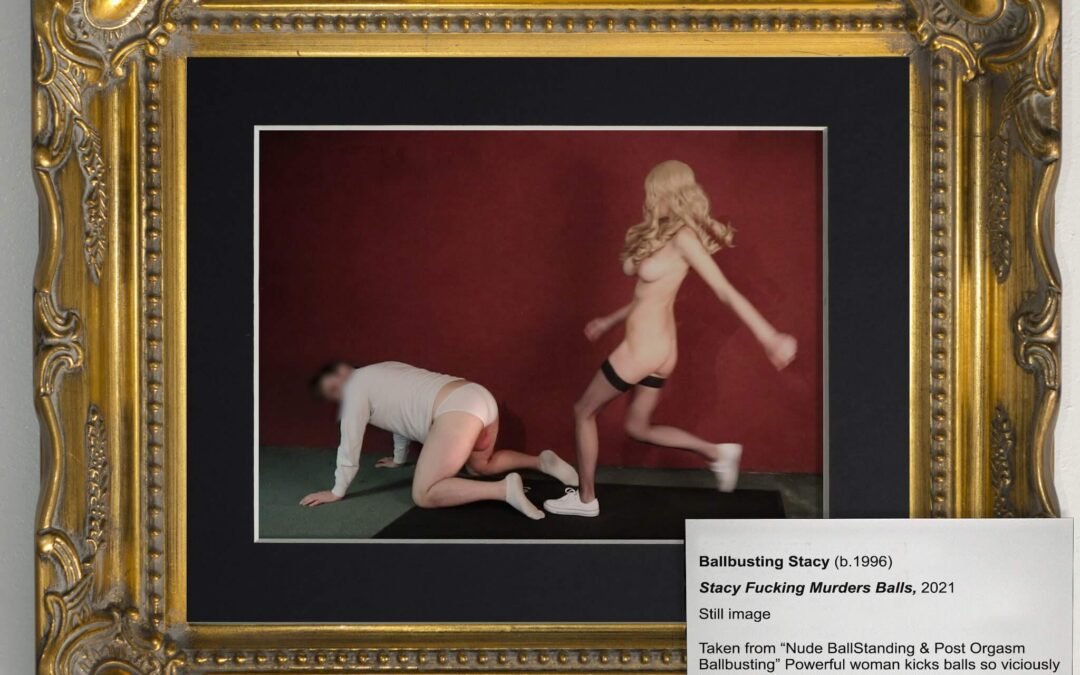 Ballbusting is always fun, whether I’m doing it to a tied up slave, a random fuckboy, or some slimy douchebag at the bar who gets a bit handsy.

Sending a pair of testicles straight to the fucking moon is liberating (as a woman) and also highly amusing. That first naughty moment of contact, the look of surprise and horror on the boy’s face as he suddenly realises that not all women care as much about his reproductive capabilities as he thought. It’s so delicious, I drink in those moments like a fine wine and savour them with glee as the cascade of bodily horrors besets the dumb loser on his way to the floor. Waves of nausea, debilitating pain, stabbing abdominal spasms. Who’s to say what else happens!

You silly boys with your useless fragile balls. Meanwhile I just tower above you laughing, before I casually walk off to do something more important than watch you struggle to compose yourself. Boooringggg.

Of course, ballbusting is always fun for the girl, but what makes it even better? Honestly, doing it nude. It’s sooo freeing and liberating to walk up to a man, especially one who has never had his balls “properly” rocked before, and smash his goolies into the netherworld, all while showing off my perfect female figure, with my manicured bush, huge bouncing natural 30FF tits, long slender legs and my cute little pussy. How could a woman bearing everything, cause such harm to a strong healthy male? Quite easily in fact, because of the ultimate male weakness: his genitals.

The boy goes from an ogling doofus, staring longingly at a stunning female body he’ll never possess, to an eyes-bugging-out whimpering vulnerable mess on the floor. Meanwhile I’m feeling the air on my erect nipples, as well as the hot flush of excitement that comes with completely dominating a boy and turning him into a quivering pile of jelly.

It’s so liberating knowing that when I step on his fragile testicles and jump on them until he vomits, I’m doing it with nothing more than with the weight and the strength of my flawless female form and with the help of a cute pair of Converse shoes. I don’t need anything else to be in complete control of a man. I could do anything I wanted to him at this point and if I want to jam my sweet pussy and ass into his face to muffle his screams for mercy, I will! In fact, I have! If there’s anything worse than painfully getting your testicles squished, it’s not being able to breathe at the same time LOL. But it seems to me like you can breath, because when I jump on your balls you’re still screaming… where’s that air coming from huh?! Oh, is that too mean? Or is it just human nature? I bet you boys would do the same, if you could.

However I imagine for so many of you boys, it’s embarrassing to be naked. You’re uncomfortable with it. You find it awkward to be naked in front of people, especially someone like me. Whether it’s because you’re ashamed of your whatever-sized-cock and balls you have, or maybe it’s because you’re not in as good physical shape as you were in the past. Whatever the reason, boys look funny, timid and usually pretty stupid standing there with their ridiculous boners straining in front of them, like some kind of visual mistake. Usually I actually don’t really care what boys look like, as long as you have balls… they’re imminently about to get sent straight into your throats anyway, if they’re around me.

For women, being naked makes us feel empowered, confident, in control, dominant and deeply sexual. If you know a boy wants you, you strip down to everything but your socks and heavy ball-smashing shoes, you instantly turn into a kind of sexual goddess. How will you worship me ball-pervert? Get on all fours and get ready to give me your balls, because they’re mine now and I’ll not be treating them nicely at all.

Nude BallbustingStacy, if anything, is slightly meaner and crueler than clothed. Even though clothed Stacy has done many mean things, like zapping balls with a taser, tricking a Tinder date into taking a knee so hard he blows chunks, and even super evil stuff like kicking a slave’s balls while wearing very spikey shoes, the list goes on and on, but when I’m naked it brings something extra out of me.

Maybe its because being naked highlights the differences between men and women to a high degree, everything becomes more obvious and I get a more spiteful and dominant energy. You kinda have to experience it for yourself, a dominant woman’s power, clothed vs naked.