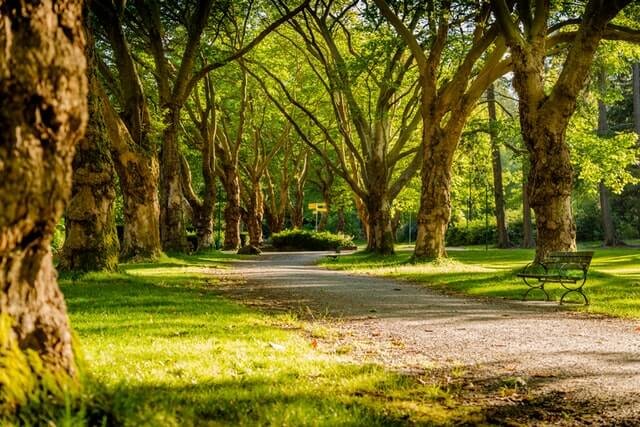 Ballbusting can be dissected in many different ways, but this blog post will look at public ballbusting and how it differs from private ballbusting.

When was the first time you ever had your balls busted? I remember my first time well. I know firsthand that many guys got their first taste of that delectable ball-agony in the wild jungle of the school yard, just out of sight of teachers, but invariably surrounded by other students of both sexes. Basically, it took place in public. Not just in public, but oftentimes in front of all your friends, enemies, frenemies and crushes.

It was something of a pastime for me and my girlfriends growing up to smash some poor fool’s nut sac to pass the time, and a good time would be had by all onlookers, who would be laughing and pointing too. After all, what’s the harm in a good old fashioned ball busting? I mean, for us women, there’s no harm at all!

As such, many of us were raised on a proper adolescent diet of humiliating public ballbusting, it seems that that’s how it’s supposed to be done. Not this furtive behind-closed-doors stuff. Who’s going to laugh at you then? Where’s the camaraderie? The bonding? After all, any time I’d see a nice lady smash some cocky fool in his goolies she’d become, if not an instant friend, at least a person who I knew I’d likely get along with well!

I think that ballbusting in public is the best. It’s a bit like a sport event mixed with a comedy show. After you smash a boy so hard in his balls his brain shuts down, like for example in my KO Ballbusting video, take a look at his face and try not to laugh. Bulging eyes, a look of surprise bordering on terror as the sensation of ball death radiates outward from his most humorous organs. Him staggering around like a goofy clown and dropping to the floor like a sudden dead weight, is all comedy gold. You’d be hard pressed not to laugh or smile a little, as a result of witnessing a fully grown adult man turn into a manbaby, after taking just one girl’s hit in the balls.

Incidentally, the sport of it comes in me trying to do it super hard when they least expect it, but that almost goes without saying.

As time progresses and everyone grows up a bit, and youthful exuberance gives way to more stolid behaviour, it seems like ballbusting activities recede indoors. You pervert ballbois can’t get your nut slam fix from just any willing lass walking around town. Now you most likely have to orchestrate ballbusting inside your relationships, friendships, cajole drunken lady-friends, or maybe even just remain un-busted 😔

You may even get lucky and witness some asshole get his testicles blasted at a bar or a club, but I hope none of you really wants to be that asshole. But still, it’s always fun to watch karma get payback on a guy’s balls.

In essence, all your adult ballbusting will probably most likely be “private” busting. And sure while it’s fun to be tied to a bed and get your balls crushed dangerously flat in a vice for ages and ages, sometimes you want something different don’t you?

I was thinking about this as I trekked through a public park the other day with a boy who, although he wasn’t exactly “into” ballbusting like most of you perverts, he is super submissive and doesn’t mind getting hit by a dominant woman. How sweet.

I said something like, “Hey, come over here. I want to try a running knee right into your balls! Right here on the path where everyone walks…”

He protested a little bit, “But what if someone sees?”

“Who cares?” I said. “It’ll be funny! Just let me try this running knee… It’s a fun experiment!”

As we were talking, a lady with a dog walked by and looked at me with a knowing smile. As she walked away she turned around and said, “Don’t mind me…” and her and I laughed. I looked at the boy like… See? No one cares a damn.

The boy gave up protesting at that point and I set my phone up impromptu on a tree. I told him to close his eyes. I didn’t want him flinching out of the way or out of the shot. As soon as he’d shut his eyes, without ceremony I raced towards him and smashed my running knee up into his balls with all the power I could muster.

The force lifted him up into the air, as my knee kept its upward trajectory straight through his balls. As we were both wearing clothes, it made a dull thudding sound, not like the harsh slap of a full force kick, this was more muted as my unrelenting round, wide knee smushed the whole of his ballpouch into oblivion. His chin shot up involuntarily and his eyes went wide. He started doing the jester’s testicle dance, only it was tempered a bit as he desperately tried to remain standing to impress me. This guy was experienced in BDSM though and all that happened was he went down on his hands and knees, desperately trying to contort his body into a position that lessened the debilitating ache in his stupid nuts.

I laughed, long and loud at his ridiculous posturing, even the more humiliating when you’re outside in the elements with the silence of nature around you. I do love kneeing boys in their balls, and this running knee really took things up a notch.

Was the running knee even more powerful than a normal knee? Yes it was, because of the force of me running and then jumping up into his genitals, really gives it more oomph!

It was also so nice to get out in the fresh air and ruin somebody’s sex organs for literally no reason. Especially when the sun is out, it brings out ballbusters wilder side 😉

I ended up smashing them with a running knee a few times, and I filmed the whole thing and put it on my OnlyFans. You can hear me kneeing balls, me laughing but you can also hear the wind blowing, the birds chirping, and know that we’re doing some proper British ballbusting this summer, outside in the world where it belongs, with the birds and the bees.

So what do you boys think about public ballbusting? Would you try it? Or are you more a private kinkster? Leave me a comment below!