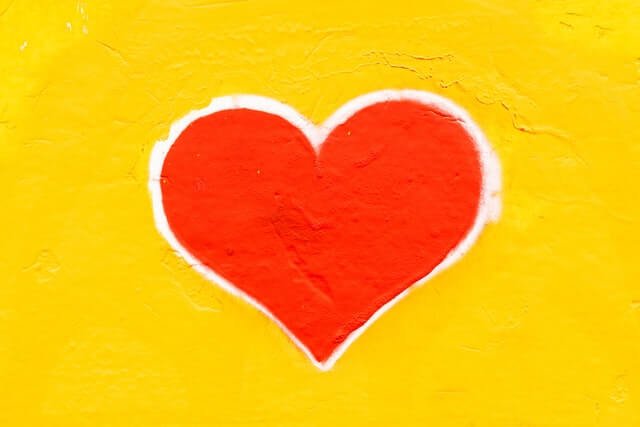 Taser, cattle prod, zapper, whatever you want to call it, it hurts a lot!

I used it once on my leg just to see what it felt like, and holy shit it was one of the most painful things I’ve ever experienced.

It was like being hit with a hammer, but with no bruising. There was also a burning sensation, and a stabbing feeling, like someone had just jammed a sewing needle into my leg muscle.

Getting tasered is every painful feeling, all at once. The pain also emanates from the point of impact and dissipates into the muscles around the area, so it feels like your whole body gets shocked.

During that moment I couldn’t think of anything else except the searing shocking pain in my leg. All I could think was, “OW! FUCK!”.

It’s hard to put it into perspective how painful the 20,000 volt taser is, if you’ve never had it pressed into your skin. Suffice to say it’s incredibly painful. Think about it; It’s painful enough to stop a frightened, angry 1400lb cow dead in its tracks or painful enough to stop a criminal running away from the cops. That makes total sense to me now after I shocked my leg – I would not recommend it.

Because of my personal experience with the taser, I thought it was a bit ‘too mean’ to shock a set of testicles more than a once or twice. But then one day I just thought ‘fuck it’. Let’s just shock the testicles with no restrictions and see what happens. Just keep shocking the balls. Shocking and shocking them, there’s no reason not to as it doesn’t really leave any marks.

The ‘Tied and Tasered’ ballbusting experiment:

I waited until one of those boys came along in my Inbox saying, “Do whatever you want to my balls! I don’t give a FUCK! I’ll sign anything you want!!! I just want to experience pure ballbusting pain!”. Luckily this happens more often than you think.

He wanted me to surprise him, and to be blindfolded. His only limit was he wanted to keep his testicles intact. He didn’t want to join the Squeeze Me clan. I had just the idea – lots of lots of ball tasering!

I zip-tied him to a chair, zip-tied his hands together, got him stuck sitting there with his balls exposed, put a ball gag in his mouth and covered his head and torso in a large, rough burlap sack. He couldn’t see or move, which was perfecto!

I then turned on some nice music to dance along to while I tasered his nuts to smithereens. I chose one from a movie I liked, “Stuck in the Middle with You”. Seemed appropriate ;). Then I went to town with tasering his balls non stop.

Looking back, I can’t believe how I was so tame before, quitting after just four or five (or was it six or seven?) ball taserings. It’s much better when you taser them without stopping or counting! Basically without a care in the world 😂

He was kicking and screaming and trying to escape SO hard. I wonder if it was worse because he couldn’t see anything? Or say anything?

“What?! I can’t understand what you’re saying! Do you want MORE ball tasering!?” 😉

Each zap sending thousands of volts into different parts of his precious family jewels. Not so precious anymore huh? 😂

His millions of pain receptors were on fire. It must’ve felt like I was cooking his balls alive! Who knows what sort of irreparable damage I was doing at a cellular level, as his gonads were being flooded with unnatural jolts of electricity.

I like to think that the testicle shocks were coming off the prongs and emanating outwards into his balls, reverberating through them like electric ball fireworks. Maybe I was curing him of his ruinous ballbusting perversion! Aren’t I just the nicest nice lady?

I zapped and danced around him, laughing at the humiliating predicament he’s in. The air started to smell like ozone a bit, an interesting side-effect of charging the air with electricity.

I’m having the best time, I’m flirting with the camera, dancing, laughing, making fun out of the guy and feeling sexy. This is why I love using a taser on testicles! It’s easy, fun and so fucking painful. What more could a girl ask for, honestly?

As the song was coming to an end, I threw in a few slaps and punches to his nuts as well, just to mix things up and make sure he didn’t become complacent.

He was breathing heavily, wheezing and sounded tired after soo much tasering. It kinda sounded like he was crying, which wouldn’t be a surprise. His balls certainly looked okay-ish, you wouldn’t know he was in any pain just by looking at them. Was he just being a big pussycat? You boys are always so sensitive about your stupid worthless balls.

When I released him he fell on the ground and just started sobbing like a prisoner delivered from a black site torture session. Dude, get a hold of yourself, it’s only your stupid balls. And this was kinda all your idea, you idiot! Also, you’re welcome! 😉

I asked him afterwards, what was it like to experience all that? He said it was like an unending Stygian nightmare, time slowed down to an eternity, and he experienced a weird sort of out of body experience, his mind was trying to send him somewhere else as the pain in his testicles grew and grew to unbearable levels. Time stretched and shrunk until it snapped and he went little insane, and now he feels like he’s under that burlap sack every time he shuts his eyes. He will also never be able to hear that song again without having flashbacks. Whoa boy. Sounds like someone has a smidge of ballbusting shell shock! Best of luck to ya!

As for me, what was the experience like for me? Absolute bliss.

No! I love when these guys show up, being all nervous, desperate to experience some hardcore ballbusting from someone like me. Some girls would feel bad for you, after seeing what a state you’d gotten yourself into, but not me. I find it awesome and hilarious. I love watching you bent over not sure whether to faint, puke or try and run away. Your body and mind in total confusion, while your little gonads throb with agony, sometimes turning into fun colours for me to admire.

I also love the way boys describe the pain they felt afterwards.

“My guts were churning.”
“I was spasming all over.”
“My skin felt like it was on fire!”
“I felt sick to my stomach”
“That was the most painful thing that’s ever happened to me.”
“I didn’t know it could hurt that way :(“

Your feedback always makes me laugh. I can’t explain why you boys love having your testes obliterated. At least, you think you want them obliterated. So often once the nut mayhem begins, the boy tries to control the situation or retreat. Sometimes guys think they can take it, but I end up giving them a whole new perspective.

Watch the video on OnlyFans here!