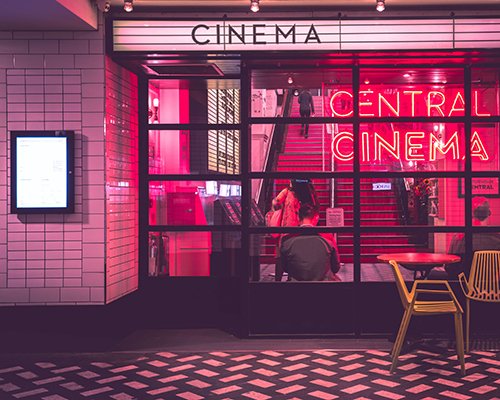 We’ve all seen a fair few films and shows that feature a scene where a boy gets kicked so hard in the balls that he falls over ungracefully, passes out, pukes, and more. Whenever I see any kind of ballbusting in a movie I get all happy and glee because it shows girls all over the world a great way to overpower a boy in most situations.

Somewhere out there is an innocent girl who didn’t know how effective a solid nut strike was, who suddenly becomes illuminated. I suppose that happens quite a lot. It’s also pretty hilarious for everyone else in the film and the cinema to watch, it always gets a chuckle or an “ohhh”.

I remember when I was a teenager we had a girls sleepover, it seemed like all the girls in my class were at this sleepover, maybe all the popular ones anyway. Luckily this girl had a really big house we could all stay together in it as a big “girl gang”. One of the girls had rented the film Eight Legged Freaks and we were super excited to watch it for some reason. We made a big bed on the floor with blankets, duvets and pillows and watched down there in the living room. We dragged a couple of boys into watching it too, one was my older brother and his friend Billy, who both watched it from the couch. In Eight Legged Freaks there’s a great part where Scarlett Johansson is having a conflict with some handsy boyfriend and she tasers him in the dick and he loses control of his bladder. All us girls watching laughed and squealed at that part! We were having such a good time talking and laughing about it, we were missing the other bits of the film, so we decided to rewind that bit… and then we watched it again and again. The boys didn’t like it one bit, they were moaning and groaning something like, “Can we just watch the fucking film?!”

One of the girls yelled out, “OMG look at Stacy’s brother’s face!” we all turned and looked. There on the couch sat my brother and his friend, they’d been forced to watch the ball ruination too and by the time we’d re-watched it 4 times, they both had grimaces of disgust and annoyance. All the girls cracked up laughing again. Now we only wanted to re-watch it just to piss them off!

“What’s the matter Mike? I thought you liked this kind of stuff?!” We all laughed harder. It was especially funny because he was the one who lost a ball through a misadventure in his past [a story for another time].

“This is fucked up”, he replied.

“Let’s watch the boys’ faces while they watch the scene!” Sally suggested.

“That’s dumb, I don’t want to”, Mike said. He seemed a little bit uncomfortable with all the sudden attention and I think he didn’t like where this was heading. He was mostly more of a quiet type since he lost one of his balls. Half-neutered and docile.

Georgia, who was seriously pretty, pouted, “Oh come on boys, just do it, please. Do it for me… We just want to watch your faces while the guy gets his balls tasered. Don’t you like it when we look at you?”. Billy’s brow furrowed and he looked sideways at my brother, I have no doubt they both had a thing for Georgia since practically everyone had a crush on her.

“Fine, can we just watch the movie? Stop rewinding it. It’s not that great a scene.” Billy replied. So we rewound it again to just before the groin electrocution and we all started staring straight at Mike and Billy, monitoring their faces closely for any particular reaction. Needless to say, the hype outweighed what actually happened.

The scene on the screen played through again but this time both Mike and Billy seemed unsure how to react with us all staring at them. No-one reacts naturally when they know they’re being watched. They looked exceedingly uncomfortable and we all giggled at them. Georgia looked up at Billy and said, “See? That wasn’t so hard was it?”

Since I was kneeling right next to him I leaned over and said, “What about this? Is this hard?” and instead of playfully touching his cock, I popped him straight in the crotch with my fist and we all fell over ourselves laughing. Billy rolled off the couch and onto the floor like a total clown in complete agony, comically just one hard punch in the balls was all it took. He got off light compared to my subs nowadays who get ballboxed while they’re completely restrained. Oh how times change!

My brother stepped in and said, “Not cool Stace!” I rolled my eyes at him because I knew it was pretty cool, for us. After we settled down, we pressed Play and kept watching the rest of the film. I do wonder if that girl chose Eight Legged Freak just because of that one scene, I mean it was a pretty stellar move, and teens did plan things like that all the time for popularity points.

I didn’t think much of what happened that weekend, but over the next few days I started thinking about my brother, and Billy rolling around in shame on the floor while we all laughed at his pain. While I’d kicked and smashed many balls over the years, there was something fascinating about the acute shame that I’d seen on their faces as they’d watched the girls on the floor unabashedly laughing at this violent testicle assault. I couldn’t imagine a world in which some female equivalent was the norm, in a world some actress is being violently sexually assaulted while all the men in the cinema audience laugh and cheer. Yet here we are, in a world where men’s most vulnerable targets are routinely demolished for comedic effect. Sometimes I wonder what the effect on boys might be, but to be honest I don’t really care too much, since if they feel vulnerable and scared for their balls they’re less likely to be annoying dickheads, probably. I’ll bet a lot of the boys who come to me and say, “Miss Stacy, can you please kick me so hard in the balls that I pass out?” were probably affected a lot by these sort of scenes growing up. They tell me as much when I talk to them.

But I wonder, if getting your family jewels caved in in by a sexy lady wasn’t so entertaining and sexy to see on the screen, would it be so popular in real life? Would people even realise they liked something so violent? Would I even get to crush testes down to nothing on my days off, if that sort of thing wasn’t glorified in films as something that is normal, funny and even rather empowering? Not to mention something that the female in the films almost never gets punished for [though to be fair, why should she? That never advances the story!].

Sometimes, when I make a particularly awesome and popular video, such as kneeing a boy so hard he literally pukes, for real, through my laughter and detachedness, I sometimes think, how did we as a society get here? How did I get here? How did this man get here? Then I give him an extra kick between the legs just to be sure he knows and remembers who’s boss. And then everything is right with the world 😉

PS remind me to get a taser when I’m next in America! ⚡️