Who’s In Control of Your Balls During Ballbusting? 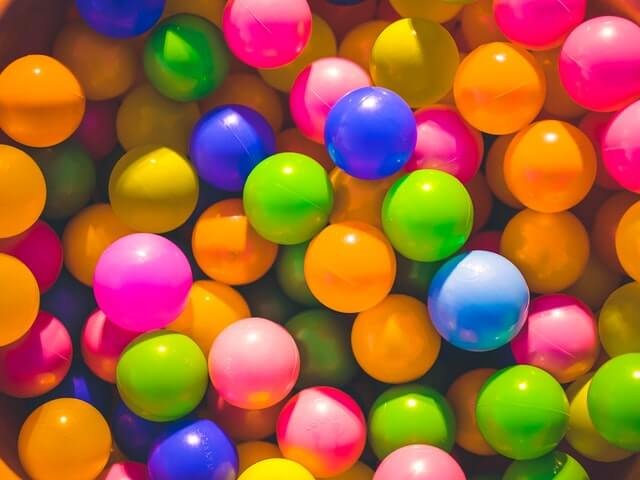 It seems like a straightforward question, doesn’t it? When a woman kicks a guy in the balls so hard that he loses the ability to function for a while, obviously she is in control of the situation.

While he’s down on the floor trying his best not to puke or cry from the waves of nut-agony, the bemused lady in question can basically do anything she wants to him. He can taunt him, say mean things, smack his ass, take a humiliating video of him, anything really and he would be powerless to stop her.

He has no control because he’s on the floor and in a vulnerable state. His masculinity has been mostly stripped away from him and his ego has been shattered in front of everyone else in the vicinity, watching and judging him. Thinking he’s weak and a pussy. She’s in control now and what happens next is up to her.

There was no question who was in control in nut-pulverising situations at my secondary/high-school. First a smug lad would think he was in control of the situation, having grown up assuming girls are naturally submissive, quiet and weak, when suddenly a battle-hardened Stacy rockets her ballet pump shoe into his unsuspecting nutsack, transporting him into a new reality and changing his beliefs around girls. This reality is where women are to be respected and feared, as for suddenly being able of having the upper hand in the blink of an eye, in practically any confrontation with the opposite sex.

Or let’s take another situation, that I’ve both witnessed publicly and been personally involved in. Let’s say a nice lady is out having a good time with friends, she’s gone to order drinks at the bar when up from behind comes a cocksure douchebag that unabashedly grabs her ass! I’ve seen this happen a few times (unfortunately) and witnessing it instantly makes me furious. A fine example of this happened to me when I was about 19 or 20 years old. In my case, I responded to it by slamming my open palm back into his groin as hard as I could, which would be bad enough, but unfortunately for him he was wearing loose trousers, which allowed me to grab an enormous helping of this stranger’s genitals in my hand. I closed my fingers tight around his junk, without even looking back. His surprise instantly turned to fear as he started to sputter out, “No, no! Sorry, no don’t do that!” So pathetically, that I almost didn’t know what to do. I realised that I didn’t want him thinking he could just get away with touching girls like this, and a whack in the testes wasn’t quite cutting it. So I yanked his nuts down towards the floor, and clamped my thumb into one of his meatbags so hard that it plopped out of my grasp. I didn’t stop squeezing it though. It felt like a tiny boneless mollusc that had been deformed out of shape and squeezed through the tiny opening in my fist. He screamed like a little girl, chin pointed up at the sky, then as soon as I let go, down he went in a heap. Everyone turned around to see what was going on and I stated “He touched me! So, I touched him too, right in the nuts!” The rest of the women instinctively overheard me in the bar, then laughed at him, and praised me for “doing good”. He was soon dragged out by security for causing a scene and kicked to the curb. Not sure what happened to him next, I didn’t even know his name, but in this case it’s obvious, he had no control. He thought he did at first, when he went to touch me, but the ball slam and squeeze claimed the power. A violent dance of bodily ownership, played out in grasps, yanks, and squeals. I won.

Other times it isn’t so obvious. Like in a situation where, though a cocky boy still doesn’t see a massive ball-blow coming, the question of control becomes irrelevant. For example, I’ve seen it during martial arts sparring where a big strong lad will be facing a much smaller, more agile woman or a young girl. She’ll see him leave his testicles wide open as a target, for he assumes she won’t go for such a low-blow, when SLAM! She does. Instantly it ends the fight and leaves her to wander around aimlessly while the man questions his life choices. But in these sorts of cases, he’s accidentally signed up for this scenario, he’s aware of the danger, and it’s purely his lack of skill or planning, which turns him into a total sack of jelly, curled tightly into a fetal position, testes bruised and swelling. He loses control, through fault of his own. But that’s just sport for you!

It might seem obvious that the woman is in control, but really, I think when it comes to professional nut smashing, it’s oftentimes the boy who is in control, or at least calling the shots. If you go to a Domme to sign up for some good old fashioned nut bashing, even though the guy is the one that ends up on the floor in pain, clutching his family jewels and feeling like a fool while she laughs at you, remember, the key word there is “let.” You’re not only consenting to her traumatising your sexual organs, you’re basically directing her too. Sure, the Domme can take liberties with this consent and push the boundaries, but the guys feedback, reactions and vibe ultimately control what the ballbusting session is going to be all about.  While it’s not exactly a normal “job” or “service”, the ballboi is still in some ways in charge.

My favourite thing for example, is to smash nuts as hard as I can mercilessly with no safeword until I get tired, bored or he pukes all over my foot, but I rarely ever get to do that unless he specifically asks for it. That’s a special kind of person to request it too.

Sometimes you gotta ease a silly ballboi into the warm water of ballsack abuse, turning up the heat slowly until his eggs are boiled without him realising it. Start light, work your way harder and harder, building up a nice Substance-P tolerance. Then one day, before too long, he’ll find himself tied up on a table with only his nude balls dangling down through a hole, about to get the beating of his life.  In that specific scenario things get quite heated, because the table brings an element of mystery, and I definitely have more control. Him not being able to see anything I’m doing, also gives me more control for some reason.

I’ve said in other blogs that I believe that a boy becomes aroused by ballbusting due to some searing ball-related mental trauma either experienced or witnessed, during adolescence or puberty. I won’t rehash my ballbusting theory here in too much detail. Suffice to say that I think that by visiting a Domme and reliving that trauma he can experience true cathartic release, one way or another, after he’s truly experienced the feeling of his stomach all achey and his nuts in his fucking throat. Whenever I see a boy temporarily immobile with pain, hands wrapped around his scrotum, trying to see if they’re both even still intact, first of all I have a little chuckle, then I wonder, what girl in his past did this to him or his friends, that makes him compelled to come visit me and re-live this sweet fantasy? If she only knew, I bet she’d have a chuckle as well. She had control then, but now he has wrestled it to a controlled environment in a way as he’s in control of when, who and how his balls get knocked about now.

By the way in case you didn’t know: I now have a ballbusting toy store!

If you don’t own any ballbusting toys, you’re missing out. It’s an exciting and fun way to introduce ballbusting to your relationship or even just to enhance your solo explorations.