Results From a Public Ballbusting Poll 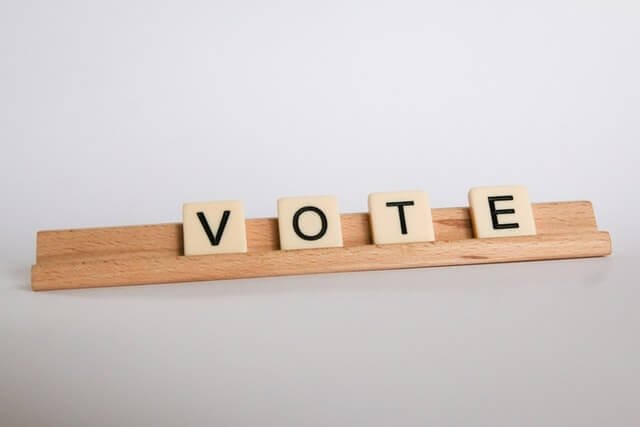 When I was a young girl I was fascinated by, and almost obsessed with, kicking boys in their balls. Me and my girlfriends would have sleepovers and meticulously create charts identifying which boys at our school had yet to be kicked by whom, and then we’d figure out when and where we would do it, so we could all kick each of the boys, just to be fair to everyone. A part of being overly “into” ballbusting at that young age, was my curiosity and to find out as much information as possible. Who likes it? Who doesn’t? What are the reasons? What do my peers suggest and feel about it? What are their reactions?

I know I’m not that old, but nonetheless, the internet was a bit younger back then too. The whole ballbusting scene wasn’t such a full-on fetish phenomenon, so one of the places I used to go to were various internet polls. Polling sites were full of juicy random details from strangers, both male and female and I learned a lot of tips and tricks from them, believe it or not. Also, I might add, I’ve since also created many of my own polls on my onlyfans, and through twitter.

So today I’m going to go over the results of one of these types of polls I found randomly which was “Just for girls” and give my own thoughts, as a female ballbusting enthusiast and professional, who’s smashed too many testicles to count. I’ll mostly just focus on the answers which got the highest percentage. Also I’m not going to examine every question because some of them are stupid, in my opinion. This poll was taken by approximately 600 girls online.

Well, obviously if you’re taking this poll called ‘Poll for Girls Who’ve Kicked Guys in the Balls’ you’re going to say yes. Still, 5% of the girls who responded said “no” and yet presumably kept taking the poll even though it wasn’t relevant for them. 5% of any population are going to be pretty dumb, I imagine, so that’s fair and accurate.

This is a typical age to learn about the power of a proper nut blast and it’s exciting, behaviour modifying results when applied successfully to an offensive male. I mean this is the exact age demographic for platforms like TikTok and you can see on there many, many people experiencing nutshots for the first time.

This question however is not asking them when they first kicked balls, what it’s asking is how old are you ladies NOW, when you’re taking this poll. Which is interesting, as girls at that age are very curious, inquisitive, and as far as I can tell, mostly entirely oblivious that all you fucking ball perverts are furiously wanking away while reading their innocent poll answers. Shame on you naughty boys. 😂

I knew it was going to be around this age! By the time a girl is in this age range, she has enough autonomy to make headstrong decisions about right and wrong, plus she’s easily become aware either through mainstream media, or through the actions of her peers, that this is the perfect place to hit a young man, to stop him from being even the slightest bit annoying. It’s a real power move.

Another fun fact about this age range is that this is the age women start to develop, sexually, emotionally, and blossom into being a teenager. A key factor here is that they do so quite some time before boys and as a result, a curious thing occurs during this age range. While the boys are still shaped like little boys, the women are, during this period, taller, stronger and more developed than the boys they tower over. Females therefore have the perfect opportunity to become imperious dominators over the weaker sex like no other time in their lives, and many clearly take advantage of this. YAS!

Well isn’t that nice? Looks like nearly 1 in 3 pranked their friend LOL. However, brothers always come out on top don’t they? They remain ever so slightly more ball-bliterated. Everyone knows that I was a fierce sister, ballbusting my brother incessantly, so it’s nice to see other sisters doing the same and keeping the tradition alive 👏

Although I do think it’s super funny that 11% said the person she whacked in the balls was a total stranger. The idea of casual anonymous nut-violence committed on strangers by young women is kind of appealing in a ninja-ball-sadist sort of way. Strike hard girl, and fade away… without a trace. Things are getting interesting now huh 😉

That ratio seems about right, since 10/10 was labelled ‘DEATH’, which seems a bit much! I’m sure all of the times were unpleasant for the guys, and practically no one said it didn’t hurt. Us girls all know that going for the balls is a winner. That’s what’s so great about it! Plus there’s no equivalent blow for women… We think that’s awesome by the way! LOL suck it.

Yeah, I mean a kick delivers the most power for devastating nut smashes. Every girl knows that even if you give a boy the tiniest flick in the balls with your finger, he starts groaning in pain. It takes a lot otherwise to make a boy groan in pain. You have to punch a boy as hard as you fucking can in the arm if you want him to groan. Alternatively just the teeniest flick in the balls will make him feel all queasy and nauseous and in just real agony. That’s why a powerful kick straight in the fucking babymakers is a girls favourite method! It’s a real show stopper!

The second most popular method was a squeeze/twist/pull etc, i.e a “hands on method” which is also good, but some girls are a bit squeamish about touching sex organs, and rightly so, best to just kick them so hard they fall to the ground which allows you to walk away triumphantly.

Dominate in this sense probably just means to show him who’s the real fucking boss. Which I approve of, but it’s so funny that all these girls are going around kicking boys in the balls “Just for fun” with zero repercussions and having the time of their lives! I know this genuinely creates an atmosphere of fear and abuse in these boys, but well, I guess that’s the price you pay for being annoying and having a worldwide patriarchy that is destroying the earth. Win some, ya lose some boys.

Well, obviously these are the most popular answers. I bet the ones who said they felt powerful also laughed as well. I mean it’s super funny. It’s impossible not to laugh. At least for me. All the drama, the emotion, the overreacting, it looks so stupid to us girls. Every boy that gets his balls sent into his throat becomes an instant circus clown. The funny kind, not the creepy kind. 🤡

This young exposure to ballbusting is also a key learning point for girls, letting them have perhaps one of their first experiences with power and dominance over males. It’s a key divisive moment in a young girl’s life. Plus, I think those girls who kicked a boys nuts growing up WILL strike again and again in their life. Once a ballbuster, always a ballbuster.

Anyway, I’m not going to do all of the poll questions. It seems this particular pollster clearly had an incest fetish so I’m going to skip all those… I don’t want to discuss anything ‘too’ inappropriate.

However the last question was kinda funny:

“If your brother thought girls had balls and kicked you, what would you do?”

By far the most girls responded with “Kick his balls WAY harder.” Of course we would. 😉

These kinds of polls are pretty interesting and I’m glad that Twitter has a poll section because I always like to read more, and learn more about the ever fascinating ocean of nut pain that I love to dip my toes into. If ever you see I’m doing a poll on Twitter, answer it, and don’t be shy about leaving a comment!