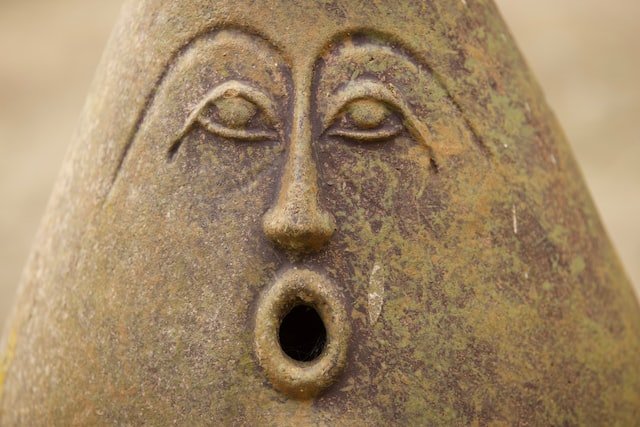 Many of the boys I’ve ballbusted had never had their nuts busted before that moment.

Instead, they properly spent a lot of their life trying to look after their nuts. Protecting them and constantly worrying about their welfare LOL. As a result, a good percentage of these boys had never experienced any sort of painful impact to their sensitive testicles, until they met me. My hard, polished shoe entered their reality and slammed into their prized parts, for one reason or another. (Either way, I’m laughing).

It never gets old seeing a boy get nut-smashed for the first time. It’s like a dancing art form going on in front of me. You never know for certain how the guy will react, everyone’s different. But you have a good idea of what will happen, the general strokes of how it usually goes. The bending over in agony, the clutching of the groin, the heavy breathing and zoned out look on their face. It’s great fun for me, or really any girl, to watch all of this!

For the guy however, he knows that being hit in the balls hurts. Perhaps it’s even the worst pain a man can experience. He knows he should try to avoid impacts to that area. It’s in his best interests! But now he’s in the presence of a ruthless ballbuster. In an instant his testes become squashed so flat they could fit into an arcade coin slot, before suddenly bouncing back to their round orb shape. However they’re now achey and much worse for wear.

With newbies, their minds may grasp what’s happening to them as they roll around in agony, but their body reacts like it doesn’t know what’s going on. It’s involuntary! Yay!

The pain for these ballbusting first timers is always too great. There’s no comparing it to any other life-altering experience. It’s traumatic and it can cause nightmares or even PTSD and panic attacks. It’s the gift that keeps on giving!

What happens next after a first time ballbusting experience? Either instant regret and trying to run away from the situation or fear, anger, sadness or arousal. Spin the wheel to pick and choose one or several of these potential emotional consequences of ballbusting.

On the other hand, you have the boys who, through an impenetrable mental alchemy, have become addicted. Addicted to that very same gut wrenching, paralysing agony, that can only be achieved through ballbusting.

My pet theory is that he must relive the all encompassing pain centered in his balls, on his own terms. Of his own devising, so that he can come to terms with it in a way he feels comfortable. His own Cock & Ball Torture Cognitive Behavioural Therapy, or: CBT².

These boys have pursued that feeling of powerlessness so vigorously and to such an extent that they mentally own their helplessness, fully embracing their nut-pain-induced complete lack of agency.

“Come to daddy, sweet pain of ball-destruction”, they whisper as their plump balls are handed to them by a nice lady hellbent on destroying them.

As a result of many nut-smashes, their balls release less tachykinin or Substance-P into their nervous system, which equals in less ball-pain overall.  They’re also able to handle more kicks and harder kicks. They can also partake in some extreme ballbusting that would put a lesser ballboi out for a long time. They can recover from it much more quickly. Although the pain is still there, its relevance is far away, removed and separated by some magic of time and lots of experienced gonad abuse.

One good thing I will say experienced ironballs; because they want a harder type of ballbusting, it helps me practice my aim and technique, to maximal devastating effect. So I always welcome them and they get my extreme ballbusting juices flowing with creativity!

What happens inside novice or experienced testicles during ballbusting, is the same.

When a girl kicks a pair of gonads and gets them just right, she needs to appreciate what’s going on inside the guts of the clackers.

It doesn’t matter if the testicles have been hit 0 times or 1000 times, the damage inside the testicles remains the same. If she kicks hard enough, the delicate ball spaghetti can get totally scrambled. She can cause tiny ruptures in the walls of the male organs and cause the breaking apart of countless microscopic lobules.

In the long term this causes swelling and can lead to fertility problems. In the short term it sets the nerve endings on fire. Pain shoots like lightning through the Vagus Nerve, running from the brainstem to the colon. Disrupting this important nerve system with shocking violence can cause everything from loss of bowel and bladder control, to total motor muscle collapse. It can even become difficult to breathe. Blood pressure shoots through the roof and then instantly drops. Unconsciousness can also happen immediately.

Which testicles I prefer – Novice or Experienced.

Some people ask me, “Stacy, which testicles do you prefer to bust? Kicking fresh unkicked balls? Or experienced balls?”

For anyone who knows me the answer should be obvious. I much prefer kicking virgin, un-kicked balls for a few reasons. First of all, I like the idea that I’m the first.  It’s nice to know that no one’s come before and I have a fresh mental template on which to imprint. Boys never forget their first ballbusting experience. Am I right?

Think back, remember the first time a fun loving gal assaulted you in the balls. For an instant you realise that the world is a beautiful fragile place and things are about to never be the same. You wish you could turn back time even just a moment and de-escalate the situation, but it’s too late now. Your balls, your precious balls that you took care of all your life are now on fire, maybe damaged forever, and the girl isn’t concerned in the slightest. She’s actually just laughing in your face. She doesn’t care about your balls at all, and probably never will. Remember that moment? Remember that girl?

If it hasn’t happened to you I’m sorry. You missed out on that awesome core memory, which is by the way, a real building block in a boy’s personality. It’s a must-have event in your formative years. But if it has happened to you, I bet you remember don’t you?

Second, untapped balls are so much more sensitive than hardened, wizened balls. It’s a heady thrill to hit a pair of fresh balls as hard as you can. Instantly compressing them to within a fraction of their life, sending all the ball spaghetti squeezing into the delicate tubes at the back of the nuts.

Kicking a boy in his fresh zesty balls is an intense occasion. The pain is so great for one of these silly ball noobs. Dropping them to the floor like a ton of bricks is as easy as blowing a dandelion into the summer sky. Easy, fun, and endlessly fascinating. It’s plain to see why girls can get just a little bit addicted to the rush of ballbusting. It’s especially comical if the boy thinks for some reason that he can take it “like a man”. Made even better if something unpredictable happens.

Ballbusting virgins also are completely unaware of what’s coming. It’s always great to see the look of new knowledge flash over his upturned face like the shadow of a passing jumbo jet. His eyes bulging, his mouth agape. He’s opened a whole new door to a world of violent, queasy, gonad agony. It’s a new era, and I’ve singlehandedly ushered it in his life!

Also since I’m a professional and wise in the ways of ballbusting, I’ll immediately follow it up with a testicle grab, and a vicious squeeze of his newly hyper sensitive testis. Because why not? 😉 Or maybe I’ll just give him another hard ball-kick, if he’s that way exposed.

I’ll stare into his eyes as his never-before realised fears explode in his brain. Suddenly he’s thinking, can I still have kids? Will I need to take a fertility test? Do I need a Doctor? Are my balls ruptured?

Although I do like kicking all types of balls, newbies or not. It’s not every day that some ballbusting noob comes forward, asking me to be an evil bitch to his testicles. 😈